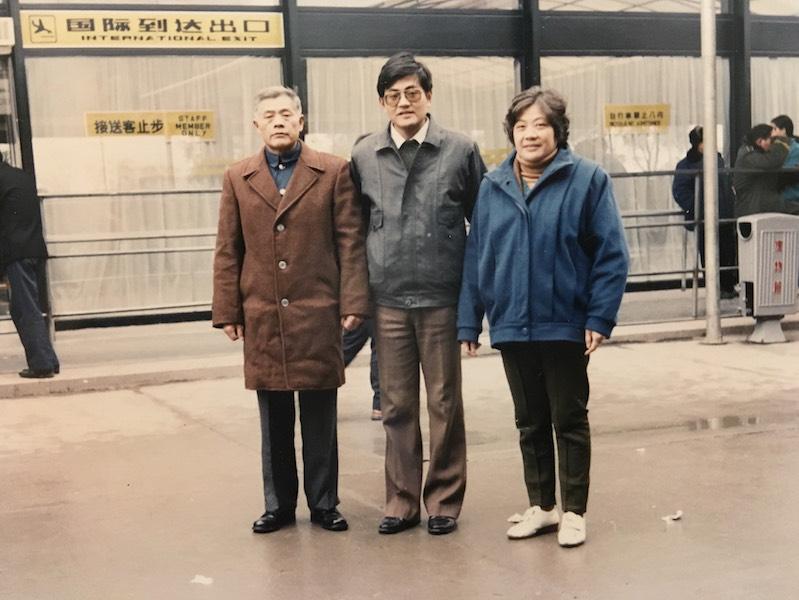 Sophomore Sebrina Gao's father, age 28, with his parents at the airport on January 19, 1991, the day he left China to come to America to study bioengineering at NJIT.

Gao’s mother is from Hong Kong and her father is from Shanghai. They met at a restaurant in the United States.

Sophomore Kail Ying of Manalapan’s mother is from Colombia and his father is from Hong Kong.

Ying was mocked in elementary school for being Asian.

“All the kids in my school would stretch out their eyes or do an accent to mock me,” Ying said.

But he still describes being a first generation American as “one of the greatest gifts” he could have.

“It’s important to be proud of your heritage and to not be ashamed of your differences,” Ying said.

As a child, junior Karoline Winzer of Aberdeen immigrated to America from Vienna, Austria.

Like Gao, Winzer is bilingual, speaking both German and English.

“The move is also reflected in a majority of my art and writing,” Winzer said. “It tends to be inspired by growing up in two worlds at the same time.”

Because of her move overseas, Winzer believes “the message that anyone can do anything, even moving to a new country”.