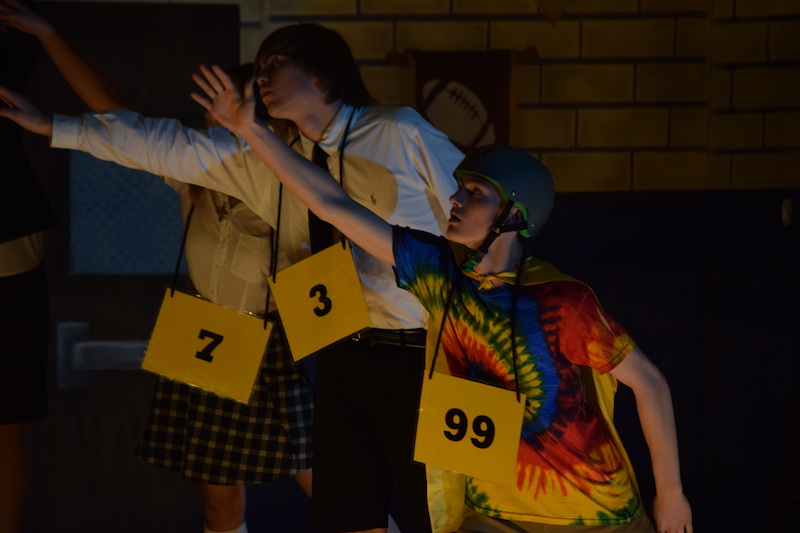 The Drama Club performed their annual spring production on May 5 and 6 at Belmar Elementary School.

In past years, the Drama Club has performed at CHS and the Jersey Shore Arts Center, but this year the club’s first musical, “The 25th Annual Putnam County Spelling Bee,” was performed at Belmar Elementary School. Director and senior Annie Ruoff of Monmouth Beach said the change in location was made because of  the various aspects necessary to put on a musical.

“The theater we had previously used was not ideal for the musical. There were no wings on one side, the backstage was tiny and the stage itself was weirdly shaped and not very good for dancing,” Ruoff said. “Belmar Elementary was the perfect space because the show was supposed to be set in an elementary school, so it made the whole show feel more real.”

The Drama Club has put on a series of shows in the past, and some club members, like junior Samantha LaRochelle of Middletown experienced the changes that were necessary for the musical to take place.

“This experience was much different due to the added elements of music and choreography, but I actually enjoyed it a lot more,” LaRochelle said. “Being able to go through the process of learning harmonies and box steps with a cast of people I love so much was incredible.”

Senior Sarah Lynch of Interlaken, the show’s musical director, said the choice to do a musical this year was centered around the talent of the school.

This show contained content deemed mature for high school, making it a known challenge to the club’s council when deciding on a show. Junior Lara Graney of Belmar, the show’s Assistant Director, said the show’s content brought challenges that the cast had to make adjustments to during rehearsals.

Students, such as freshman Bella Reilly of Avon, attended the show to support their classmates in the cast.

“This was my first CHS show to see, and I was extremely impressed by the talent of so many of the students that I had never known about before,” Reilly said.