“Starry” prom night proves to be a success 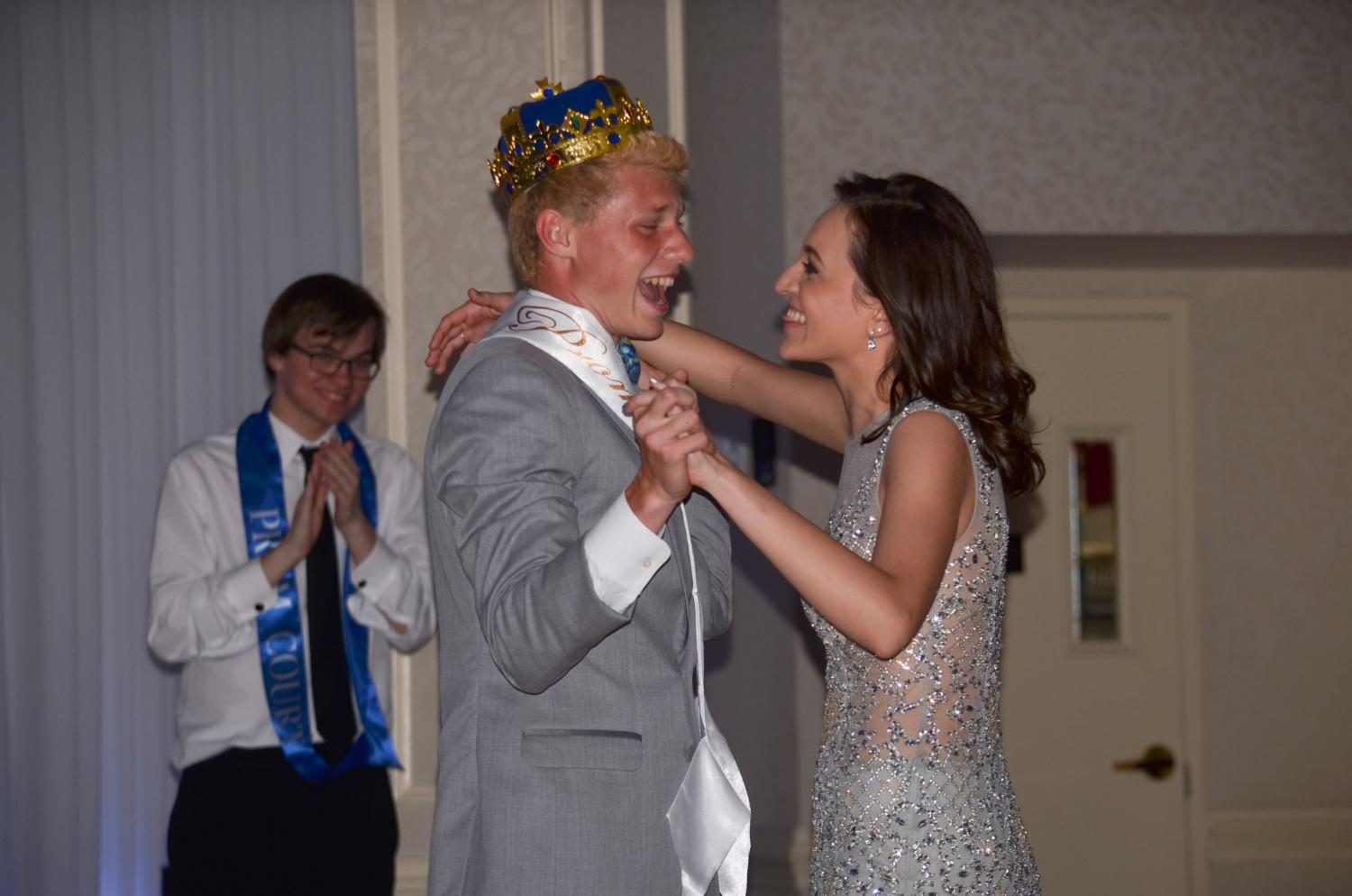 The Class of 2017 hosted the annual junior and senior prom on Friday, May 19, at Battleground Country Club in Manalapan. The theme of this year’s prom was “Starry Night.”

The students arrived at the venue with their dates at 6 p.m.. The night began with cocktail hour, where the students were served various hor d’oeuvres and given the chance to take pictures on the lawn located behind Battleground Country Club. Students attending could then dance, sit with friends or take pictures at the photobooth until dinner was served.

After dinner, the prom court, king and queen were announced. Seniors voted for the court earlier in the evening.

The prom court consisted of seniors Jessica Jo of Eatontown, Annie Ruoff of Monmouth Beach and Rebecca Cleffi of Manasquan as well as Isaiah Drake of Spring Lake Heights, Mark DiSpigna of Lincroft and Kevin Meberg of Wall. Matt Miller of Wall and Julia Pardee of Freehold were crowned king and queen respectively.

Senior class council member Allie Kuo of Tinton Falls said the council collaborated on ideas at their weekly meetings to help bring everything together.

“Honestly the whole planning process had gone very smoothly, especially since we’ve been on top of staying on schedule and meeting if there’s anything that needed to be figured out,” Kuo said.

Another member of the senior council, Catherine Escueta agreed, stating that there weren’t any major challenges going into prom .

Unlike past proms, the Class of 2017 decided to make a playlist organized by senior Justin Boldt of  Howell based on student recommendations, instead of hiring a DJ. Junior Kate Ridoux of Wall attended the prom and reaffirmed the council’s positive assessment of the night.

“I thought prom went very smoothly, and having a playlist prepared instead of a DJ went better than expected because our student DJ, Justin Boldt, took feedback from the students to figure out which song to play next, which was awesome,” Ridoux said.