Senior class hosts a ‘Party in the USA’ 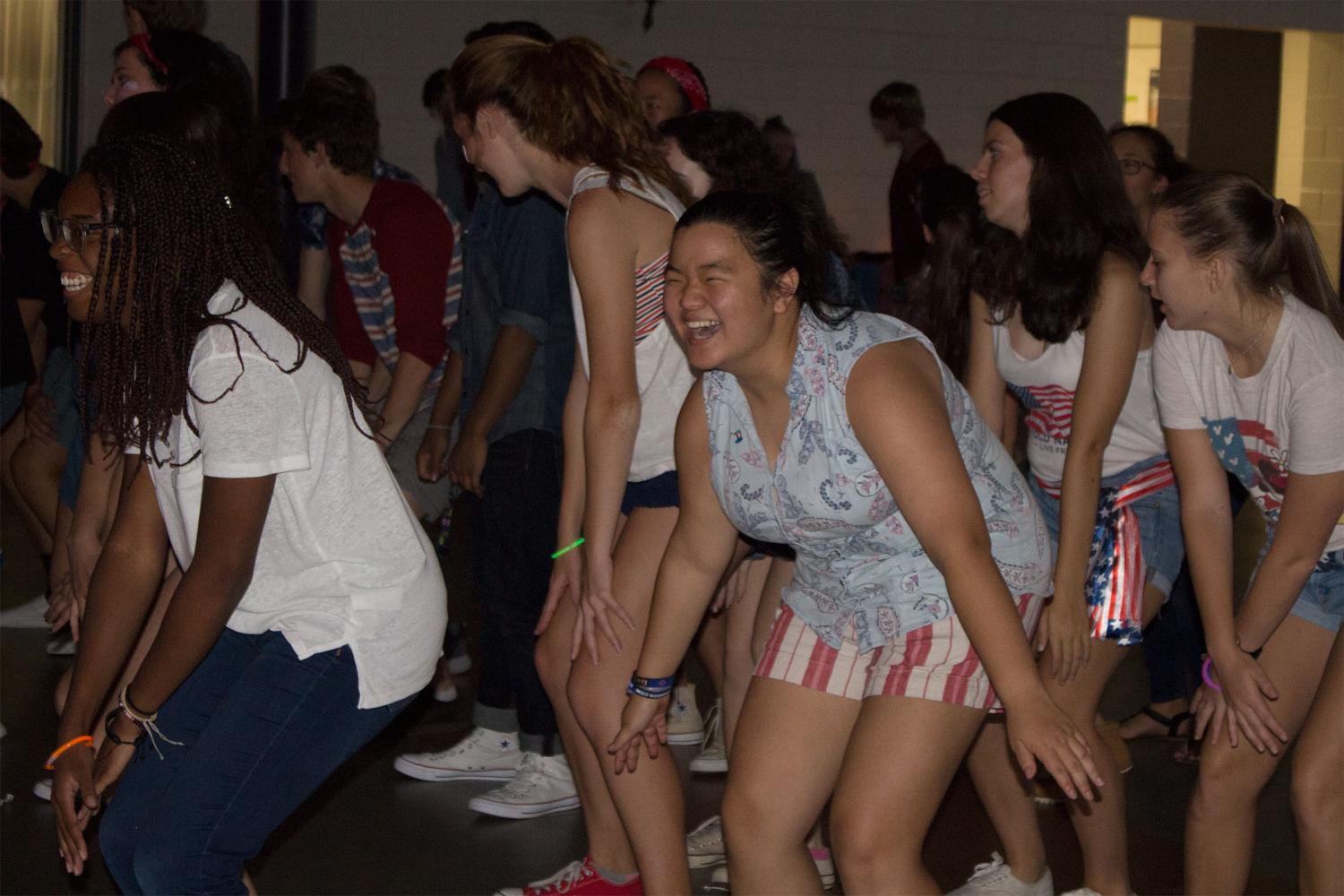 Students celebrate a "Party in the USA" theme at the Back to School Dance on Sep. 15.

CHS students put their hands up, nodded their heads like yeah and moved their hips like yeah at the back to school dance on Sep. 15 from 6:30 – 9.

The senior class hosted the dance with the theme ‘Party in the USA.’

The theme was originally Communichella based off the annual music festival Coachella. Caroline Savage, a senior from Brielle and a member of the senior class council, said the senior council collectively decided to change the theme.

Students from all grades attended, decked out in red, white and blue apparel.

This was the first CHS dance the class of 2021 could attend. Freshman Maddie Beekman of Neptune said the dance left a good first impression.

“I was kind of nervous before going because I didn’t know what to expect, but I had a lot of fun and I made new friends, which was cool,” Beekman said.

Instead of hiring a professional DJ, seniors Samara Ghali of Colts Neck and Maura DeRose of Middletown stepped up to the plate.

Before the dance, Ghali’s only DJ experience was from CHS’ DJ Fridays, but lack of practice did not faze Ghali and DeRose.

“It wasn’t really that stressful because I knew we picked good songs to dance to, and if i looked like people were getting bored we immediately switched it up,” Ghali said.

Beekman approved of the student DJs.

“The music was good. I liked it and you could dance to it,” Beekman said.

The senior class council, made up of Caroline Savage of Brielle, Dylan Josephson of Lincroft, Kyle Galvin and Matthew Avena of Middletown and Ebenezer Shim of Spring Lake Heights, began to plan the dance last June while school was still in session.

“We knew once summer hit it would be difficult to get everyone together to meet about it,” Savage said.

In their many decisions about the dance, the senior council decided to donate 2 dollars of every ticket to Hurricane Harvey victims.

“We thought it would be a great way to pay people back for the help and support we received during Hurricane Sandy a few years back,” Savage said.

The senior council has not yet decided who to donate the money to.

“We want to donate it to a more direct charity other than the Red Cross,” Savage said.

The back to school dance raised $500 for Hurricane Harvey and Hurricane Irma Victims, Savage said.