Columbus Day should not be a federal holiday 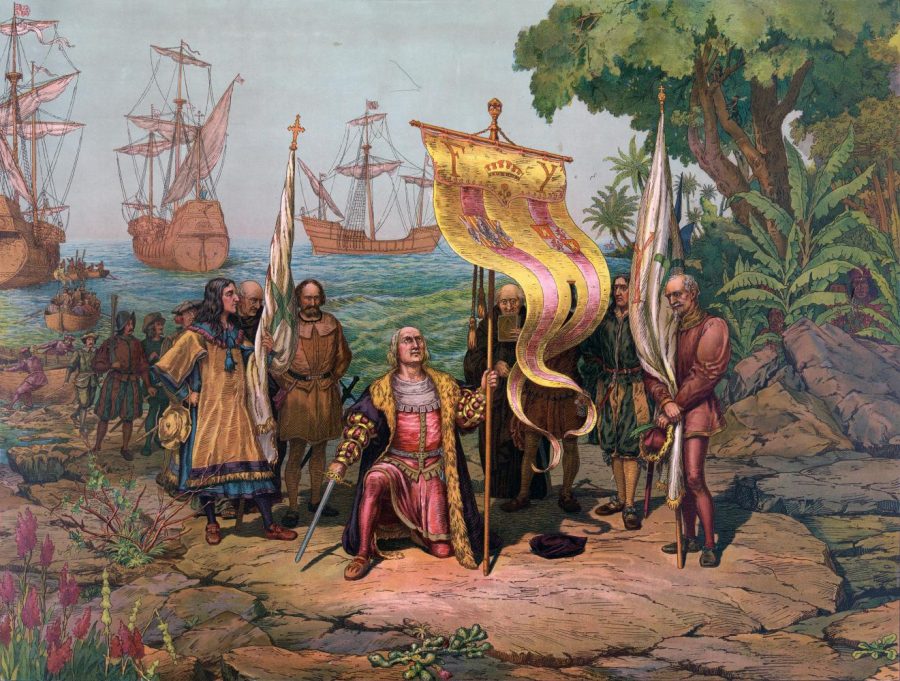 Though Columbus Day grants us another day to sleep in, it is a holiday that detracts from American beliefs. Celebrating a man that enslaved, murdered and exploited natives is neither patriotic nor honorable.

Junior Will Dean of Middletown does not find Columbus worthy of an American federal holiday because of this.

“The fact that Americans celebrate the discovery of the West Indies by an Italian who sailed for Spain seems a bit weird,” Dean said.

According to the website History.com, Columbus established Spain’s first colony in the Americas and brought back gold, spices and native people as captives. Columbus was able to keep ten percent of whatever he returned to Spain.

These captives were equivalent to slaves. In his diary, Columbus wrote “They do not carry arms or know them….They should be good servants,” according to the website Biography.com.

Columbus used these slaves to collect even more gold for Spain and kept the ten percent portion for himself. If these natives did not collect enough gold, punishments included the loss of a limb or death.

Sophomore Dane Tedder of Ocean Township said Columbus is entitled to his holiday, but we must remember both his positive and negative contributions while celebrating.

“Christopher Columbus helped drive Europeans to come to the New World, and in doing so, he set the ball rolling for our society,” Tedder said. “This being said, I feel that it is important to appreciate and respect the indigenous people of the Americas.”

Despite the ways of treating these natives, this had little to no direct effect on the United States anyway. Freshman Maddie Beekman of Neptune doesn’t think Columbus Day should be a holiday “because Christopher Columbus didn’t really do anything for America”.

Columbus did spark the Columbian Exchange and an age of exploration, but these actions are not as influential for America as, for instance, John Smith. He was the primary reason for the first two years of survival of England’s first colony, the United States.

Among the hundreds of men and women that helped advance the United States in great ways, Columbus is the one given a federal holiday. With only ten federal holidays in existence, there should be a greater emphasis on those who we choose to honor.