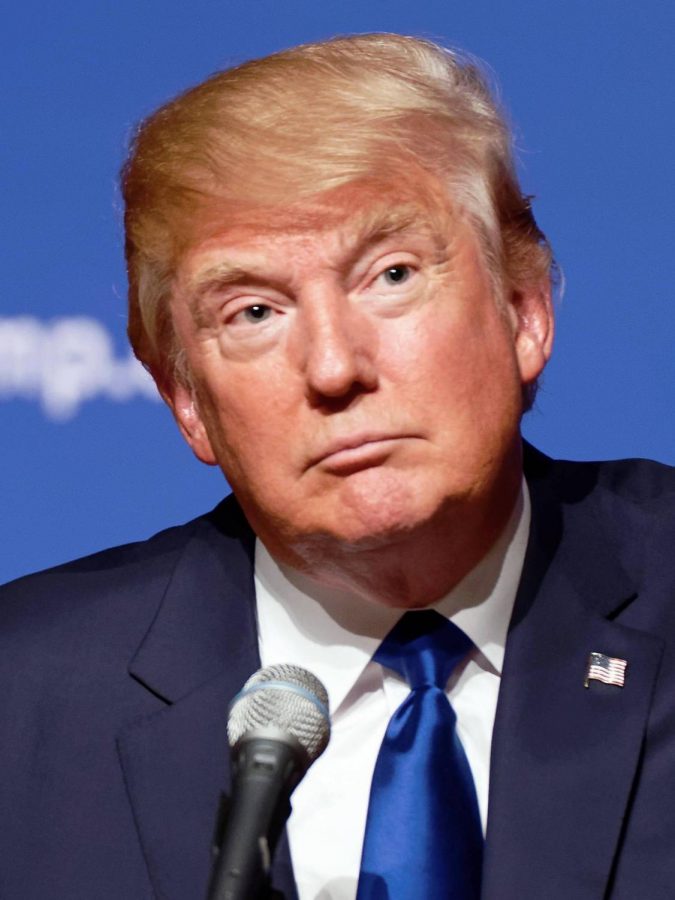 Donald Trump is one of the politicians recently imitated on SNL.

Since President Donald Trump’s election, many late-night TV shows, such as “The Late Night Show With Stephen Colbert” have seen an increase in ratings.  Studies show it’s the use of political commentary by the hosts of these shows.

Business Insider magazine and website compared the average viewership for several late-night shows from Jan. 1 to Feb. 26, 2016 with those of the same dates in 2017.  They reported that Stephen Colbert, who is now known for his sharp political commentary, had shown over a 13 percent increase in his viewership. On the other hand, Jimmy Fallon, who has mostly steered clear of politics, had lost 17 percent of his audience.

Junior Lauren DeFelice of Wall said that ratings are less important than the quality of the show, and that focusing on politics can harm the quality.

“In my opinion, they rarely discuss all sides of a political issue, so the quality isn’t as good as it should be.  They shouldn’t use politics as a tactic to get views unless they show all sides of the issue and stay neutral,” DeFelice said.

Individual comedians and comedy shows like “Saturday Night Live” have also focused on political commentary, and students are split on whether politics should have a place in comedy.

“I think it’s acceptable sometimes because it forces people to know about politics in order to understand the show.  It encourages awareness,” DeFelice said.

Junior Will Dean of Middletown agreed with DeFelice, and added that he also didn’t mind when roles were reversed – when political figures use comedy.

Comedians are faced with the challenge of pushing the boundaries, without going too far.  Some students, like freshman Chad Fruscione of Marlboro believe that a line needs to be drawn somewhere when it comes to politics in comedy.

“I think this is also an issue where the opinion will vary person to person,” Fruscione said.

Comedian Kathy Griffin and “Saturday Night Live” writer Katie Rich are two examples of what has deemed to be “too far” in political comedy.

On May 31, Kathy Griffin was fired by CNN after doing a photoshoot in which she held up a bloodied mask of Trump, portraying him as being decapitated.  Katie Rich was suspended on Jan. 23 from “Saturday Night Live” after posting a tweet about Trump’s son that said “Barron will be this country’s first homeschool shooter.”

Despite the consequences these women have faced due to their political commentary, people continue to use politics as a source of comedy, and ratings continue to grow.

“For some people, part of the reason why comedy is so entertaining is that it is offensive,” Fruscione said.

As more comedians and talk show hosts continue to use political commentary, it’s unclear if politics will be a permanent part of entertainment.