Students spend major cash for back to school supplies 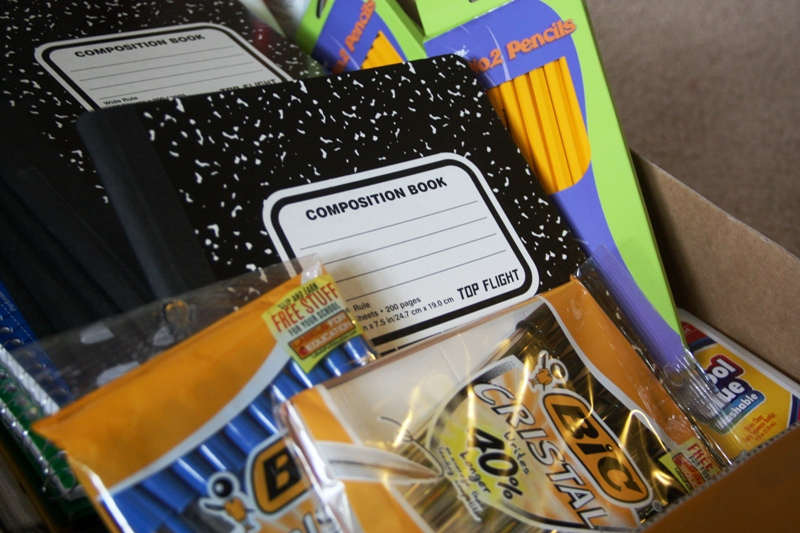 School supplies, such as notebooks or writing tools, can cost students over $100.

When Erica Samarco, a junior of Colts Neck, walked out of Staples, she was not thrilled by the amount she had to spend in order to prepare for the upcoming school year.

Both NBC News and NEA Today shared that the average cost of school supplies per student is between $330 and $375 per year. This number grew 68 percent over the past decade to reach that sum.

“I think [school supplies are] a little overpriced,” said Samarco, “I didn’t even buy new binders or folders this year, and it was still over $100.”

Like Samarco, junior Kelly Forrester of Spring Lake Heights agrees that going back to school comes with a high price tag. But Forrester is willing to buy.

“I like everything to be new in the beginning of the year so I always splurge on a bunch of new stuff,” Forrester said.

Technology proves to be the priciest category of back to school items.

While a scientific calculator from Staples costs as little as $7.99, more complex graphic calculators that are needed for some upper level math courses start at $99.99 on Staples.com.

But Marissa Ho, a junior of Marlboro, said more expensive items like a graphing calculator are worth the price.

“There’s usually a shortage of graphing calculators in the classrooms and it has a lot of extra functions that other calculators don’t have,” Ho said.

In order to save money junior Grace McCaffrey of Middletown said she shops for school supplies when there are sales or when she has coupons.

“I also try to use supplies from the past year again like the same binders or pencil case,” McCaffrey said.

Looking beyond school supplies themselves, students have other expenses that come along with another year of school.

Forrester said that other than school supplies, she spends money on back-to-school clothes.

“I’ve always done it so it’s just kind of a tradition for me,” Forrester said.

Whether it be on a fancy calculator, a cute new outfit or simply some notebooks and a folders, experts agree that heading back to school can really hit your wallet – and your parents’.