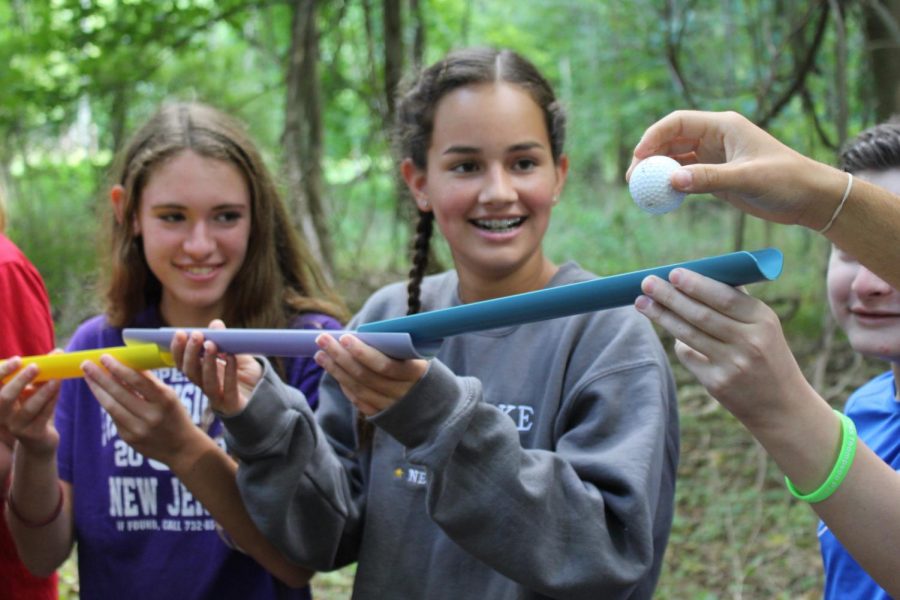 Many of the games, ran by park staff, included group problem solving.

CHS freshman ended their first week of school with the traditional trip to Thompson Park, a county park in Lincroft. Organized by SGA, the goal of the day was to bring the Class of 2021 together through different games and activities.

“We’ve been doing this since 2000 and hopefully the kids will get to know each other a bit and see that CHS is a fun place to be,” class advisor Ginny Clevenger said.

After arriving at the park, students were split into groups according to the color of wristbands they received prior to leaving CHS.

CHS representatives and Thompson Park staff brought the groups throughout the park and led them in playing team building and icebreaker activities such as Human Knot and Mojave Desert.

Freshman Brigid McCarthy of Manasquan said that the trip helped her to familiarize herself with other members of the Class of 2021.

“It was a really nice way to get to know people and with the activities you are almost forced to be on the same team as everyone else which is really nice,” McCarthy said.

As per Thompson Park tradition, the freshmen gathered at the end of the day to play “Wham Sam Sam”. The game consists of singing a short song and doing a dance with the people to either side of you.

At the end of the day, freshman Rachel Fisher of Ocean Township said the trip was a success, especially in its goal of forming new friendships.

“We did a lot of activities with people we might have not have known before and became closer with them and developed new friendships.”