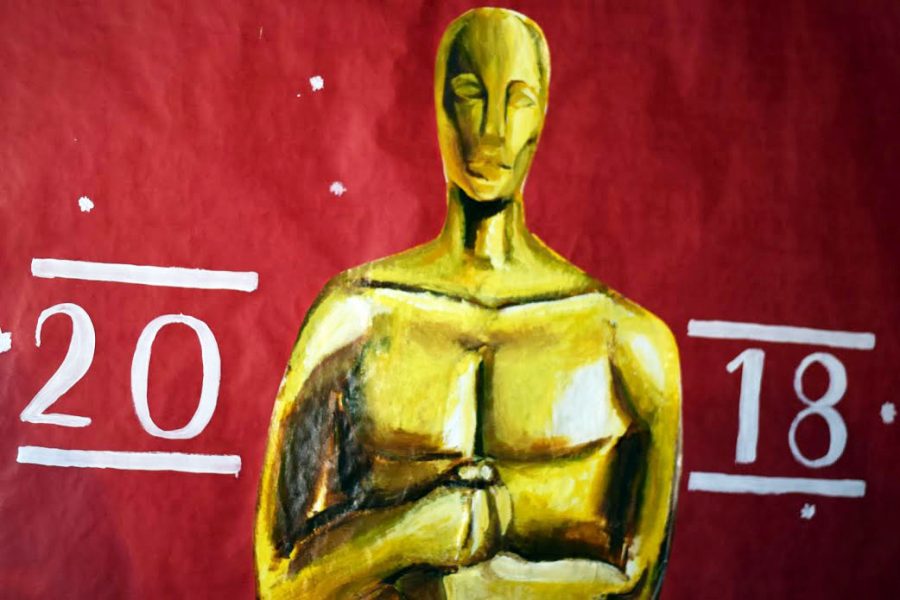 CHS students had their chance to walk the red carpet at the annual Winter Ball dance, hosted by the Class of 2020. The dance was held on Jan. 12 and had the theme of “A Night At The Oscars.”

The cafeteria was decked out in film-inspired decorations, including a large replica of the Hollywood sign and a bulletin board painting of the Oscar statuette.

Winter Ball was originally scheduled for Jan. 5, but was postponed due to inclement weather. Sophomore class president Evan Kuo of Tinton Falls said that the cancellation was more of a benefit.

“The rescheduling caused some inconveniences, but it wasn’t too much of a hassle—it also gave us a little more time to make the dance just a little bit better,” Kuo said.

Council member Liam Jamolod of Howell said that the class began planning Winter Ball over the summer. They decided to split the work up by creating committees and assigning a different council member to oversee each group.

“We delegated committee heads for parts of the dance including music, food, advertising, and decorations,” Jamolod said. “After that we let committee heads take the lead on their department while council looked over everything. I would say it was executed well but we definitely could have benefited from starting earlier.”

There were some technical difficulties with music during the dance, but music committee head Madison Vigdor of Manalapan said they were able to sort out the issues and get everything back on track.

“The DJ at the time, Michael Landolfi, fixed the problems and made a smooth recovery,” Vigdor said. “After that, the dance went perfectly and I’m super proud of the entire music committee for helping to make the night amazing.”

“I had a blast,” Ellis said. “The dances at CHS are always really fun to go to but I think the Winter Ball is my favorite dance so far.”

Despite any obstacles faced during the planning of Winter Ball, sophomore class vice president Dane Tedder of Ocean said the event was very successful.

“I am extremely happy with how the event went. That isn’t to say that there weren’t hiccups; those come with any sort of organized event,” Tedder said. “The truth of the matter is that Winter Ball only succeeded in my eyes because we had such a great council, great committee heads, and great advisors. Everyone involved gave their all to this event and I cannot thank them enough.”