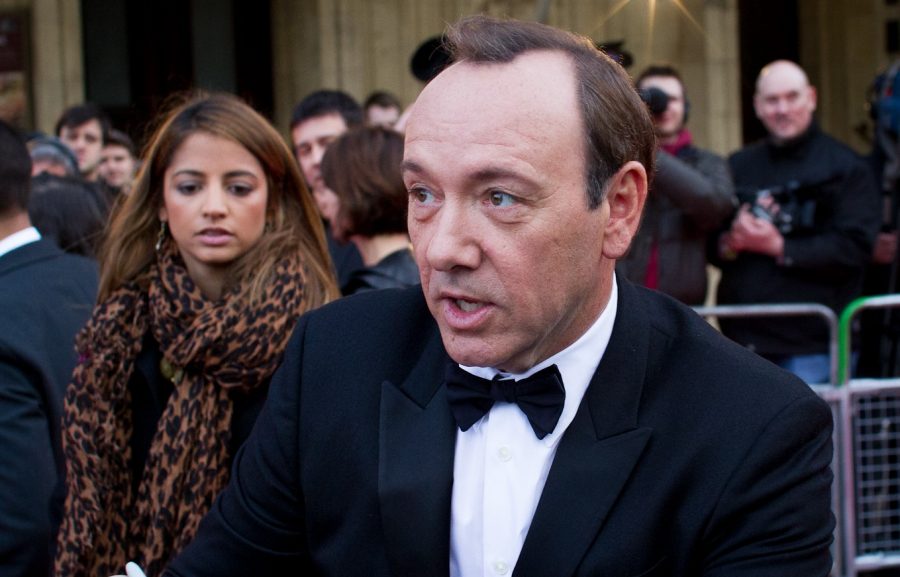 Actor Kevin Spacey was one of over 100 public figures accused of sexual misconduct following the Harvey Weinstein allegations.

Alyssa Milano broke her silence and spread awareness to make a monumental change in rape culture on Oct. 25, 2017 with one Twitter post.

“If you’ve been sexually harassed or assaulted write ‘me too’ as a reply to this tweet,” Milano wrote.

Within 24 hours, both men and women replied with powerful statements about struggles with sexual harassment, sexual assault and rape over 650,000 times on Twitter and more than 12 million times on Facebook, according to CBS.

“Being raped once made it easier to be raped again. I instinctually shut down. My body remembered, so it protected me. I disappeared. #metoo,” actress Evan Rachel Wood tweeted.

The power of the #MeToo movement exposed the astounding, unspoken sexual authority that men in positions of influence have over women in Hollywood. It also served to validate and publicize accusations of sexual abuse, rather than suppress or ridicule them.

Renowned American producer Harvey Weinstein is the perpetrator in up to 57 of these accusations, according to Entertainment Weekly.

“‘What are you doing?’ [Emma de Caunes] asked. Weinstein demanded that she lie on the bed like so many other women before her… it was like a hunter with a wild animal. The fear turns him on,” The New Yorker reported.

The New Yorker was the first to launch an investigation against Weinstein.

Despite Weinstein’s denial of these accusations, online news site Reuters said that Weinstein’s production company and Academy of Motion Picture Arts and Sciences fired him,  political figures denounced him and his wife Georgina Chapman has left him.

Harvey Weinstein is among the many celebrities to be accused of sexual misconduct. Other well-known individuals accused include Kevin Spacey, Matt Lauer, Louis C.K., Ed Westwick and Nick Carter.

As terrifying as the accounts are, what’s worse is the realization that sexual harassment and assault are not only prevalent in the entertainment industry, but in the entire world. According to Aware.org, 54 percent of those in business have experienced sexual harassment in the workplace and 99 percent of women polled have been sexually harassed on the street. Rape culture is not only real but common, and because of it, millions of women have scars that cannot be healed.

Rape, sexual harassment and sexual abuse are not meant to be joked about. Listen to, validate and speak up for victims and yourself because according to The Washington Post, only 6 to 13 percent of victims come forward. Teach and understand gender equality to lessen sexism. Most importantly, break the silence.

As Gwyneth Paltrow said to The New Yorker, “This way of treating women ends now.”