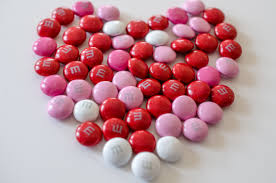 Many CHS students recently participated in the annual school-wide compatibility test on Jan. 19. Students turned in their surveys on Friday in the cafeteria.

About 185 students handed in questionnaires, an about average number according to Fitness teacher Virginia Clevenger, who has been facilitating the surveys through CHS since 2006.

Clevenger got the idea of the tests from her fellow teachers

“I had heard about the program from teacher friends at other schools and thought it would be a well-liked program here,” Clevenger said.

The surveys consisted of light hearted questions to see which students may be compatible. Sophomore Meredith Prud’homme of Allenhurst enjoyed filling out the survey.

“I think the test was really fun to fill out,” Prudhomme said. “Even though some of the questions were a little unusual.”

As for if the compatibility surveys can actually help you connect with new people, junior Greer Shanley of Fair Haven says no.

“I’m excited to see who the matches are but in reality I don’t think that the results would actually match anyone up,” Shanley said. “People are too afraid to say something to their number one match.”

The results to the questionnaires became available to students for $2 on Feb. 2, and will be sold until Feb. 7.