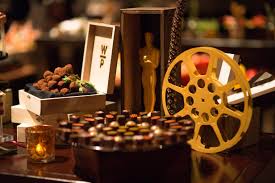 The announcement of the Oscar nominations on Jan. 23 once again brings up conversation about award ceremonies. The Oscars highlight the controversy of fairness in competition, if it is right to vote for one film over the other, and what the significance is in the awards.

More than 7,000 people vote on the Academy Awards, known as the Academy of Motion Pictures Arts and Sciences. Because of the lack of diversity and female members, the nominators promised to add more voters, increasing diversity by 2020. The scarce representation on the ballot truly reflects the insufficient diversity of the nominees.

Jeff Friday, the founder of the American Black Film Festival believes the justness of the competition will result from the reorganization of the voters.

“The composition of the membership is very homogeneous and that’s going to be reflected in their choices,” Friday said. Although the amount of women and African American nominees have been increasing over the years, many celebrities are not fully satisfied. It tends to be one of the major contributing factors to the alleged lack of fairness of the awards.

The term “Oscar bait” is widely used in the film industry. These films often consist of emotional plots, drawing the voters in at a strategic time; Oscar bait films are typically released right before the deadline, ensuring the movie is fresh in the voter’s minds. These heart-throbbing films sometimes rely on Oscar nominations to increase their popularity, thus boosting the profits. Oscar bait movies are commonly either dramas, inspirational movies or historical pieces. It is no secret that comedies are rarely nominated and directors keep this in mind when creating movies. This year only two of the nominated films are comedies; “Boss Baby” and “The Florida Project”.

Despite the length of the movie’s run, the six-week period between the announcements of the nominees and the awards ceremony are crucial for movies to gain revenue.

An average of 22 percent of nominated movies’ total revenue were gained in that time span, according to The Chronicle. Movies that win an Oscar often earn even more following the ceremony. With Oscar bait almost always winning a nomination, other well-crafted films are often rebuffed.

Senior Abi Karl of Monmouth Beach, head of the Digital Video Club Council, believes that you cannot vote one movie over another, and that art cannot be judged over art.

“Art, and movies in particular, affect each person in the audience in a different way. I could see a movie and think that it’s absolutely horrible, but the person sitting next me could think it’s the most beautiful thing they’ve ever seen. So, I don’t think that award shows are shallow, I think it’s good to recognize great films, but I don’t think that people should hold award shows accountable for picking only the best films that are out there.” Karl said.

“Get Out” director Jordan Peele is the fifth black director nominated for an Oscar, and the first to land three nominations, according to the New York Times. Even though “Get Out” is not a traditional Oscar film, the Academy noted that its superb story and directing merits these nominations. These Oscar nominations definitely demonstrate how minorities are making an impact in the film business and promote the astounding work produced by them.

Although the worth of the Oscars is debated, people still watch the Oscars.

“I watch the Oscars because it is entertaining to see so many celebrities in one place and guess what films will win the awards.” said freshman Julia Kusmenko of Spring Lake Heights.

“I really like seeing who has funny speeches,” said freshman Frey Rosman of Keyport. “The humor is really good, and the dresses are gorgeous.”

“I find it incredibly inspiring that more and more people of color are being nominated for awards that they work hard for and totally deserve,” said junior Muirenn Medrow of Hazlet. We’re making progress here, and it’s beautiful.”

The Oscars will air on March 4.