The risks of marijuana: weeding out fact from fiction 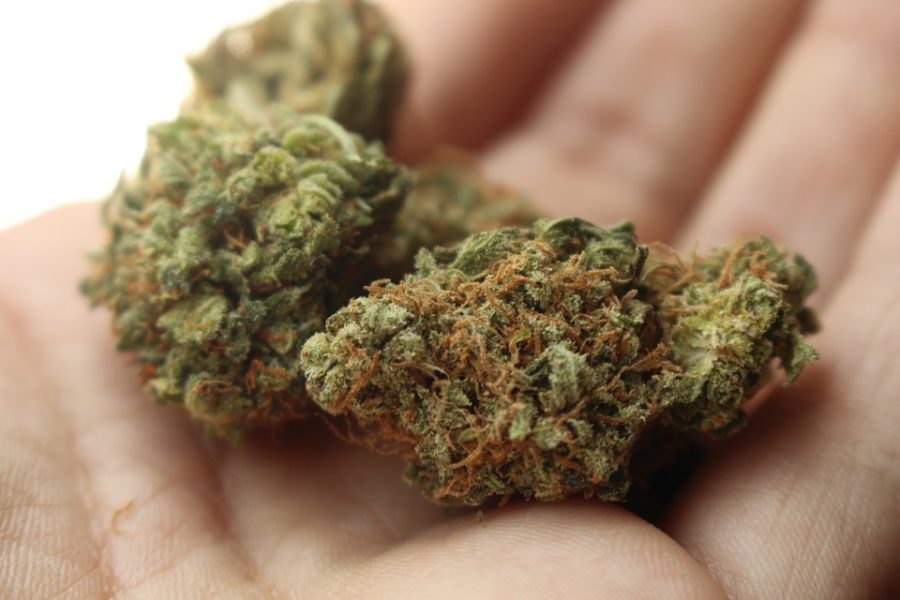 In high doses, marijuana use can cause hallucinations, panic attacks and psychosis, according to the DEA.

Heroin, LSD and ecstasy are widely known as some of the most dangerous drugs in existence, and the federal government agrees. These deadly substances are ranked by the United States Drug Enforcement Administration (DEA) as Schedule I drugs due to their high potential for abuse. But, among them is marijuana.

Fatal overdoses from Schedule I through Schedule V and prescription drugs continue to rise. For example, drug overdoses in 2016 caused approximately 64,000 deaths in the U.S., according to the Center for Disease Control and Prevention. But, there’s no report of any death caused by marijuana overdose.

Health and forensics teacher Leah Morgan compares the effects of cannabis to illicit and medicinal drugs.

“I think marijuana has some properties of some of the illegal drugs that it’s usually clumped with,” Morgan said. “However, in my personal opinion, it’s no more dangerous than some of the prescription drugs that are out there.”

Cannabis affects both the mind and body through the main active ingredient Tetrahydrocannabinol (THC), with short-term physical effects such as bloodshot eyes, increased heart rate, decreased blood pressure, lung irritation and increased appetite, according to the DEA.

In the brain, THC stimulates cannabinoid receptors on nerve cells which release dopamine, causing the user to experience euphoria, according to the National Institute on Drug Abuse. It can induce relaxation and increase sensory perception.

Marijuana can also impair judgement and cause nausea, paranoia, anxiety and time distortion. Hallucinations, panic attacks and psychosis are possible with high doses, according to the DEA.

“It impairs your ability to drive, make important decisions and it still affects your brain,” Condon said. “Teens are risk takers by nature and [being] under the influence of any mind-altering drug can put you at risk.”

Despite the negative side effects, some students such as junior Tali Petto of Marlboro don’t believe that the drug is dangerous.

“I don’t think marijuana is dangerous at all,” Petto said. “Although it may have some negative side effects, I wouldn’t consider it dangerous to consume.”

Marijuana is considered by some to be a “gateway drug” based on the medical theory that addiction to a readily available drug increases the chance that the user will become dependent on harder substances in the future.

Gateway drugs pose greater risks for adolescents due to their mental susceptibility. One in 11 marijuana users develop a dependence; but one in six teens face the same consequences. Marijuana consumed as a teen has increased risk of addiction at a young age, according to Narconon.

Marijuana dependence can follow a teen throughout their entire life, Morgan said.

“The developing brain reacts differently, so teenagers become addicted more quickly, it’s harder to treat once they’re addicted and the lifelong changes are greater the younger you are.”