Battle of the Bands rocks CHS 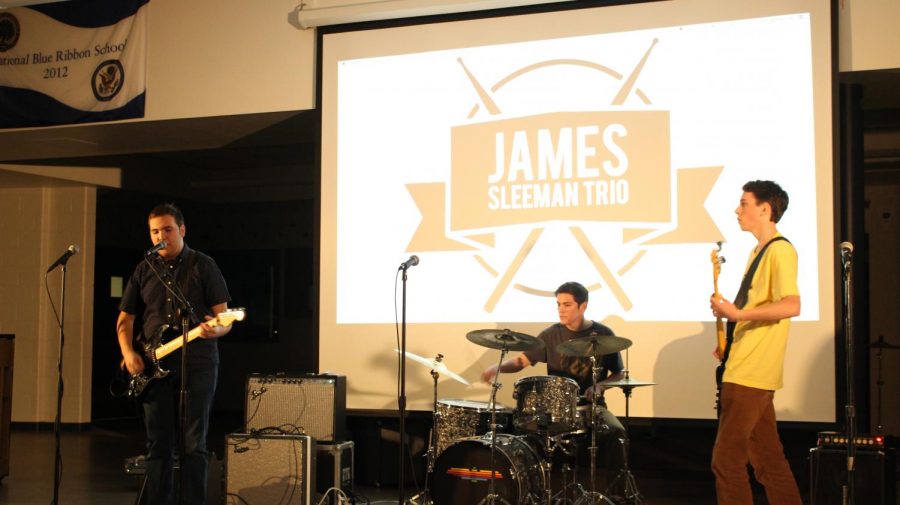 The Class of 2018 hosted their second Battle of the Bands fundraiser on Friday, Mar. 23. The show featured performances from six bands, with The James Sleeman Trio winning the event and High Steaks winning the Fan Favorite vote.

Ticket sales for the event suffered due to two snow days just before the day of, but the event was still able to happen and made over $850. Food and t-shirts commemorating the event were also sold during intermission and at the end of the show to raise money for the Class of 2018.

Spanish teacher and senior class adviser Karen Britto has advised Battle of the Bands for the past three years, and felt that the event was successful.

“I thought the Battle of the Bands was an awesome event and I was blown away by the talent of every single band,” Britto said. “Additionally, while it was a Class of 2018 event I loved how students from all grades worked together to pull off a great night.”

Seniors, juniors and sophomores divided into committees for food, tech and stage, video, decorations, advertisements, program and t-shirts, ticket sales and event coordination and logistics. Senior Ebenezer Shim of Spring Lake Heights was responsible for tech and stage and video.

“Battle of the Bands is one of my favorite CHS events. The bands were fantastic and it’s an event that I feel does not get enough love,” Shim said.