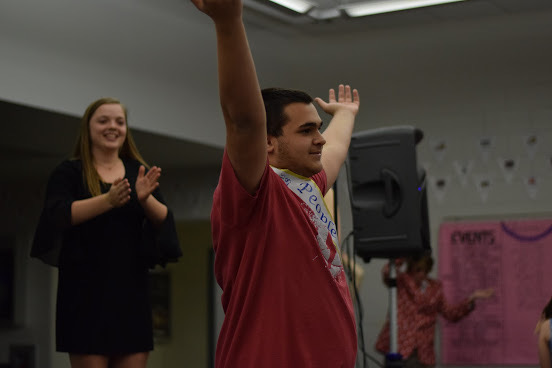 After hearing that a freshman had won the coveted Mr. CHS title, worth 75 spirit week points, students braced themselves for anything to happen when senior and SGA President Jackie Geller of Manalapan announced the final results of the 2018 Spring Spirit Week.

Geller announced that the freshmen placed last with 190 points, the juniors third with 205 points, the seniors in second with 285 points and the sophomores had won with 295 points.

“Our grade has constantly gotten second place and I think it’s a really positive change to get first for once,” Tellechea said. “I think we won because we used good strategy and a rainbow connection.”

“Bringing in the rear isn’t that bad,” Polvino said.

This year, CHS students voted for the first ever Snail Day. Senior and SGA member Jon Slovak of Spring Lake Heights said alumni Kevin Milton and Sean Gilbert of the Class of 2015 and Leo Ross of the Class of 2017 invented the theme.

Slovak supported Snail Day since the first time it was a possibility.

“It was born my freshman year and I’ve been voting for it ever since,” Slovak said.

“No one’s having fun,” Dews said. “Everyone just taped a picture of a snail to themselves. It’s just pointless.”

Sophomore Zach Weisenstein of Freehold said the sophomores look forward to competing with the Class of 2021 again next year.

“They tried to snake us,” Weisenstein said. “We’ve got to beat them next year, that’s it.”