Snowy days at home met with joy and frustration 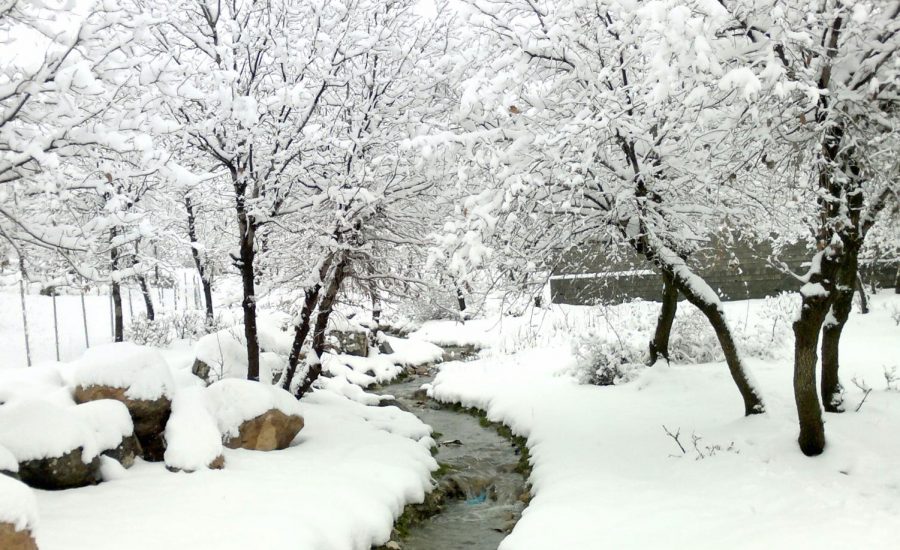 The 180 day school year requirement has resulted in added days to the end of the year and the extension of finals.

Tucked away from the cold under her white duvet cover, the view of a winter wonderland out her bedroom window and a binder in her lap, Tali Petto, a junior from Marlboro, has spent each of her snow days this year the same way: horror movies and homework.

In 2018 alone, CHS students have been out of school for five days due to “inclement weather” as described on the Monmouth County Vocational School District website. But, these days do not just disappear from the calendar; state requirements ensure that public school students in New Jersey have 180 days of school.

To reach the 180 day quota, extra days of school have been added back to the calendar, causing mixed opinions on snow days to skyrocket.

Petto still hopes every time she sees snow in the forecast that it will be enough to keep her out of school.

“I still want more snow days because I’d rather have days off now than in June when we barely do anything in school anyway,” Petto said.

Petto’s view on snow days seem to be common among students.

Senior Matt Avena of Middletown and freshman Erin Carr of Wall agree that the extra days at the end of the year are no big deal.

“I think we’ve had enough snow days, but at the same time, I’m not crazy worried about it,” Carr said, “I’m not complaining.”

“School gets a lot easier at the end of the year, so adding on some days at the end isn’t a huge deal,” Avena said.

But senior Megan Judge of Manasquan is over the snow.

“Due to college, my summer is so much shorter so I’d rather just go to school now than have to go in June,” Judge said.

Some extra days of school are not the only change caused by the snow. Administration moved finals to June 18, and June 19, and senior graduation to June 20. These alterations have put some students in tough situations.

“I planned the whole thing out thinking that finals would be that Thursday and Friday. That way, I wouldn’t have to worry about it for the concert,” Weinstein said.

Now, that the concert is the night before finals Weinstein said, “it is something to think about. I’m not too worried about finals being held the day after.”

While Petto enjoys the mid-week relaxation, Judge wishes for warmer weather, this year’s snow has shaken CHS like a snowglobe.