The US leads in gun deaths, lags in gun control 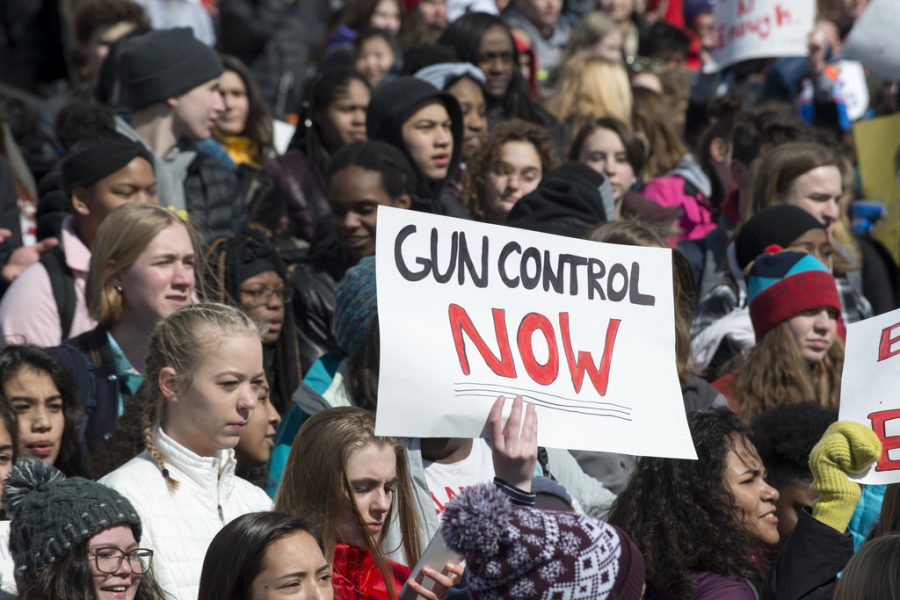 The U.S. is one of three countries that endorses an inherent right for citizens to own guns.

Under the Second Amendment of the Constitution, “A well regulated Militia, being necessary to the security of a free State, the right of the people to keep and bear Arms, shall not be infringed.” Citizens of the United States have the right to purchase and own a gun, whereas policies differ in other countries across the globe.

United States’ laws make guns accessible to purchase and own, more so than many other countries in the world. The United States is also home to the most public shootings and civilian deaths by firearms.

This raises a question: are the countries’ laws on gun control the reason for their consistent rank as the place with the most casualties by firearm year after year?

Even in the United States, laws regulating guns vary from state to state. Most states mandate a 30-day waiting period for handguns, while those convicted of most felonies may not purchase or possess firearms.

A 2017 survey conducted by the Pew Research Center reveals that about 40 percent of Americans own a gun or live in a household with one.

Assistant professor at the School of Community Health Science at the University of Nevada-Reno Erin Grinshteyn believes the lack of restriction in the United States, compared to other countries around the world, is to blame for the increasing amount of deaths by firearm.

“Overall, our results show that the U.S., which has the most firearms per capita in the world, suffers disproportionately from firearms compared with other high-income countries,” Grinshteyn said. “These results are consistent with the hypothesis that our firearms are killing us rather than protecting us.”

Along with Mexico and Guatemala, the United States is one of only three countries that endorse an inherent right of citizens to own guns. However, in countries such as Japan, acquiring a gun is more difficult.

According to the Gun Policy Organization, the process in Japan involves an all-day class, taking a written exam and then taking a shooting range test, where each requires a grade of at least 95 percent to pass.

Some countries also administer mental and drug tests, as well as stringent background checks on relatives and work colleagues. In the case of Japan, these precautions have statistically proven to keep civilians safe, with only a recorded six gun deaths in the country in 2014, compared to the 33,599 in the United States.

Many Americans feel that the solution to the problem involves enforcing stricter laws on purchasing a firearm. However, some disagree, arguing that such implementations will infringe upon their constitutional right to bear arms, as stated in the Second Amendment.

In states like Illinois, where gun laws are the strictest out of many of the states, a Firearm Owner’s Identification Card is required to be shown before purchasing a gun. This precaution is taken to make the purchase and ownership of firearms safer for the citizens of the state.

Despite these precautions, according to the National Public Radio Organization, the rate of gun homicides in the city of Chicago rose over 61 percent from 2015 to 2016, making the rate of death by gun 25 to every 100,000 residents, significantly higher than other large cities in the country like Philadelphia and New York City. This imbalance between stricter gun laws and higher gun violence rate makes many believe that enforcing stricter gun laws in the United States is not the solution.

Sophomore Brian Schade of Tinton Falls feels regulations would create a safer environment for the people in his community and country.

“I understand the need for the Second Amendment and why people stand by it,” Schade said. “But I definitely believe precautions need to be placed in order to make it harder to legally purchase a gun.”