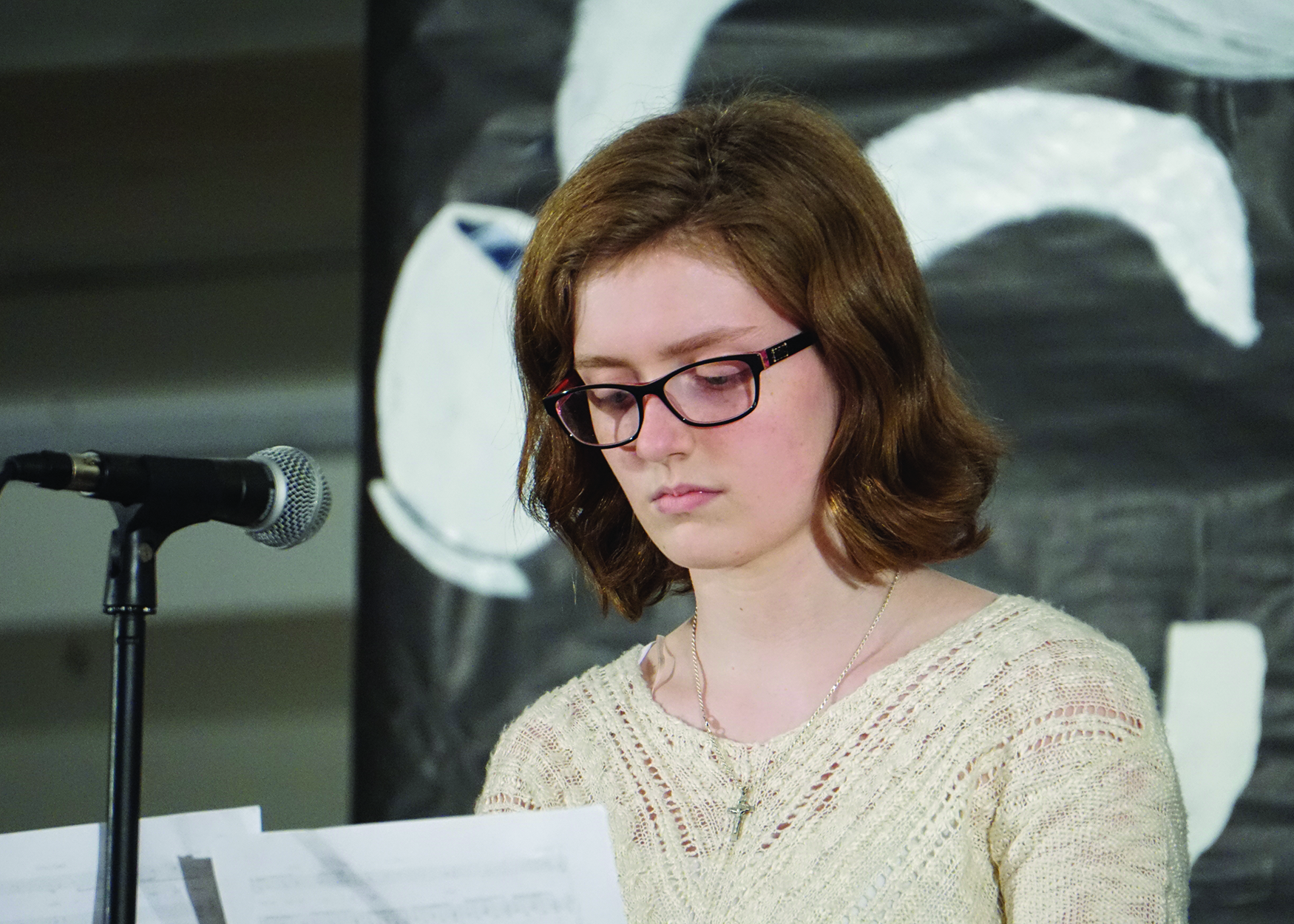 Madeira displays one of her talents at Coffeehouse.

As both an artist and a diplomat at CHS, Emily Madeira got her start by following her sister’s footsteps. But, now she is forging her own path to success.

A sophomore from Howell, Madeira began her artistic career when she was in the third grade. She saw that her older sister Jessica was good at drawing and wanted to emulate that.

“I sort of was just looking for something to be good at, so I started imitating her,” Madeira said.

Jessica taught her to draw faces, among other things, and introduced her to the world of art. Even when her sister stopped drawing, Madeira kept going.

Madeira uses painting as a way to express herself and her ideas without using words. She always liked reading and writing, and found that painting was another way to express characters and stories.

As a result, she enjoys portraits the most. Madeira primarily paints in watercolor, but also uses mediums such as pencil, markers and ink.

She finds a lot of inspiration in her religion.

“The idea of creation and nature, and how it ties into religion, shows up in a lot of my art,” she said.

Madeira uses Instagram as a platform to display her work, and even utilizes it for a small business venture: selling custom paintings of pets.

Her first customer was fellow sophomore Colin Martin. He requested a dog and a cat, as a gift for his mother and grandmother. Since then, more and more people have commissioned works from her. In the future, she plans on working with local veterinarians and pet groomers to expand her client base.

Madeira plans on studying art in college and eventually pursuing it as a career.

In addition to painting, she gets involved in the Class of 2020 Council. She served as president freshman year and was then re-elected as a council member for sophomore year.

Madeira chose to run again because she enjoys being involved with the class.

“I really like working with all of the council, and it’s a great opportunity to be a part of something,” she said.

As a council member, she has found ways to put her artistic talents to use, whether that means making posters and ads or participating in the Spirit Week art challenge.

“Art is a way to express stories without using words, and that is very near and dear to me,” she said.