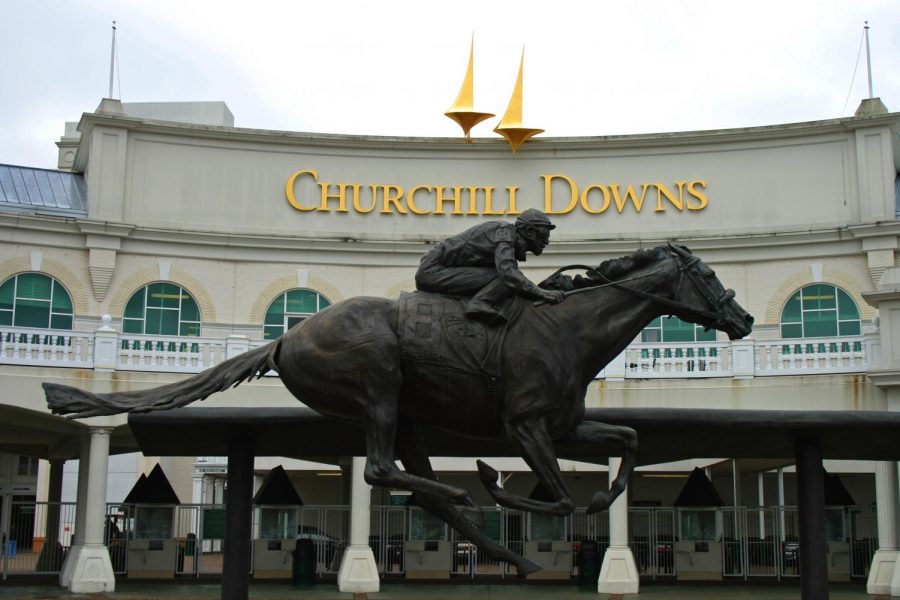 The Kentucky Derby took place on May 5, 2018 at Churchill Downs.

On Saturday, May 5, the Kentucky Derby took its historic 144th run. Horse racing shines a light on the growing dialogue about animal cruelty.

The mistreatment of horses by competitive jockeys is nothing new. According to PETA, many trainers feed racehorses performance-enhancing drugs that result in pulmonary hemorrhage, or bleeding of the lungs. Other jockeys admitted to using shocking devices on the horses before a big race.

The treatment of animals in sports like horse racing is not an issue for sophomore Matthew Emery of Ocean. Emery said he does not follow the Kentucky Derby, but goes to the Monmouth Racetrack in Oceanport to watch horse races a few times every summer.

“When they’re not racing, they get treated like kings,” Emery said. “They get whipped for two minutes and then get treated very well.”

After riding horses for the last five years, junior Emily McNeill of Colts Neck witnessed the treatment of racehorses firsthand.

“Some of them are really great horses, but some of them are also very nervous about their surroundings, and it takes a while to train them,” McNeill said. “They have to be treated very well in order to run that fast, especially if they’re well bred.”

Senior Meghan Judge of Spring Lake has mixed thoughts on the issue. Judge said that although she does not know how trainers handle the horses, everything depends on how the animal is treated.

“As long as the animal is treated humanely, I don’t have a problem with it,” Judge said.

“Horses are bred to race, and in dogs shows, they just do it as a hobby,” Judge said. “The Kentucky Derby does not receive a thumbs up from me.”

In the long run, McNeill said that racing horses can be detrimental to the animals’ health.

“Running in circles all the time isn’t good for their brains, because that’s the only thing they’re used to, and they’re not used to being ridden in other scenarios,” McNeill said.