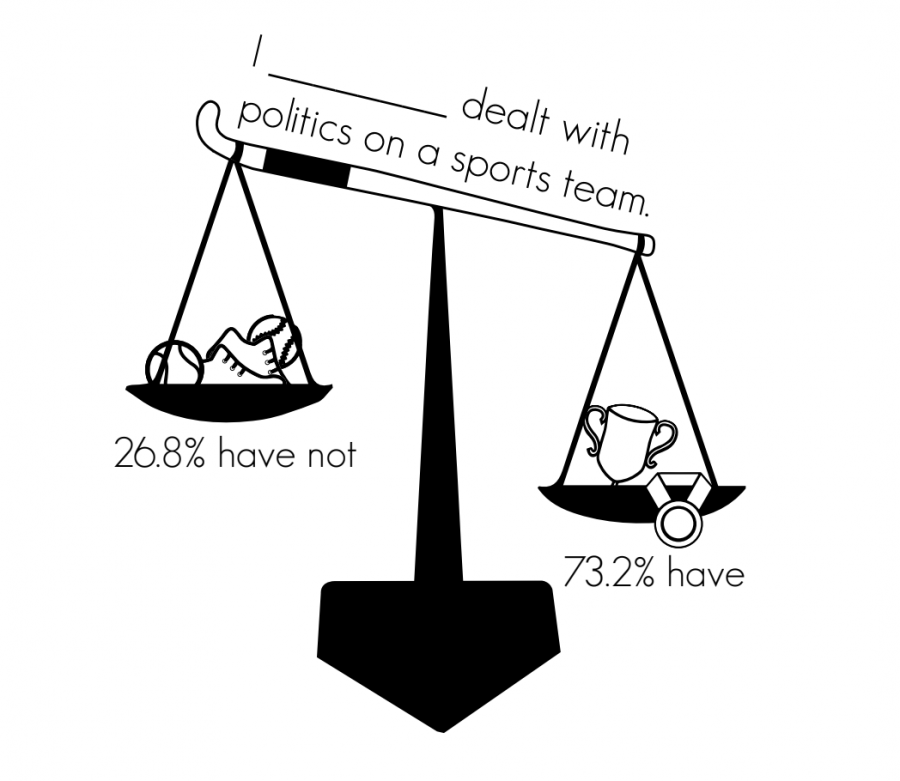 If you have ever attended a youth sports game, be it baseball, football or any other sport, you probably see it all too often: the coach’s child or their “favorite” receives preferential treatment. Discrimination in sports based upon something you cannot control is almost expected at the middle or high school level. In a survey of 71 CHS students, 73.2 percent answered that they have experienced discrimination.

Sophomore Anabel Ferraro of Manasquan is a part of AllStar Cheer Team, a private cheerleading squad that requires girls to follow a rigorous schedule. Unlike the other girls, however, Ferraro is related to the coach. Ferraro said that her teammates might think the coach views her differently because she is her aunt.

“People on my team think I get special treatment because my coach is my aunt,” Ferraro said. “She normally treats me the same as everyone else; they just do dumb things that makes them get yelled at more than me.”

Junior Liam Marshall of Sea Girt plays tennis for Manasquan and said that even though he has never experienced discrimination firsthand, he acknowledges it is a problem and that being a coach’s favorite might not always be beneficial.

“In today’s day and age, sometimes I feel that being a coach’s son or knowing someone could backfire. Playing against another school, the coach’s son played at what I thought was much lower than he deserved. Sports and schools aside, I think it can work both ways,” Marshall said.

According to USA Today, playing favorites simply means playing the athletes that are the most talented. For many athletes, it’s difficult to remain objective about their own talent level, but easy to complain about not receiving recognition.

Ferraro believes that coaches are people too and they can make mistakes.

“Humans are humans. Even if coaches do not realize it, anyone can be treated differently inadvertently,” Ferraro said.