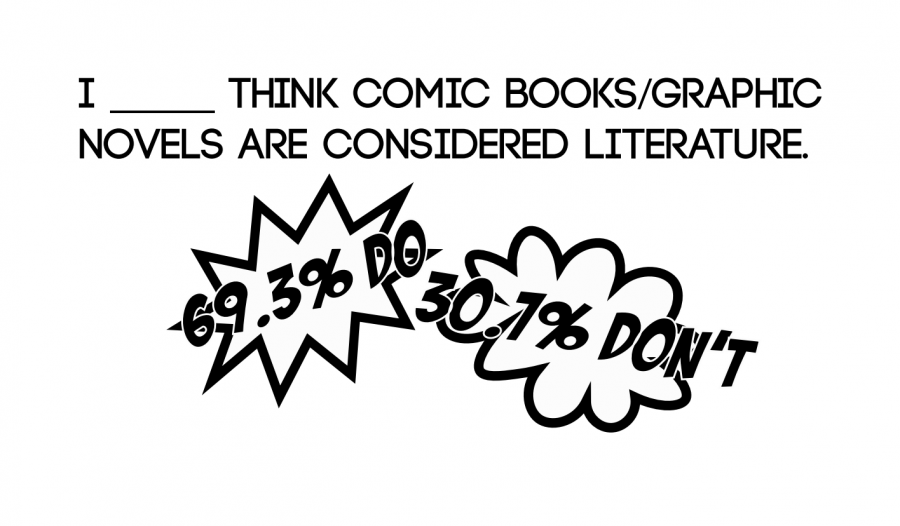 Whether telling one continuous story from the first page to the last, or a series of shorter plots through a series of strips, the variability and eccentricities of graphic novels continue to raise controversy since their creation in the early 1920s.

Often in a comic strip format, many critics today pose the question: do graphic novels hold the qualifications to be considered novels?

With their eye-appealing formats, graphic novels continue to gain notoriety among readers of all ages, telling stories of drama, romance, politics and adventure. Readers can rely on a graphic novel for a story or a simple plot providing a good laugh to its audience.

Comichron, a source for information on comic book sales throughout the country, reported that since 1998, Direct Market, the dominant distributor for comic books in the United States, has sold over 48 million copies to customers of all ages. Today, graphic novels make up a large portion of the origin stories for several blockbuster films, including “The Avengers” and “Spiderman: Homecoming.”

A recent survey on the students at CHS proved that the majority believe society should consider comic books and graphic novels literature, with 113 out of 163 in support of its status as literature. Despite this, many believe that literature should not encompass graphic novels but instead let them remain in their own genre.

“Graphic novels don’t conform to the traditional stereotypes of literature,” said sophomore Neil Estrada of Middletown. ”Instead of being considered novels, maybe they should remain in their own category.”

“There is a whole new audience emerging for comics and graphic novels; these readers are younger, they are more diverse, and they are getting their books from a much wider range of channels than we typically think of for comics,” McLean said. “This is also a very interesting category when it comes to crossover and media tie-ins from across entertainment, including film, toys, and gaming.”

The Yale Center for Dyslexia and Creativity calls graphic novels “grand equalizers,” which aid disinterested students with colorful visual aids and provide content for readers of all levels. As classrooms all around the country continue to adapt, this style of literature is found to be more accessible to students everywhere.

Sophomore Brian Schade of Tinton Falls said he thinks graphic novels are an important part of literature, and that they are a beneficial way to encourage more students to read.

“Graphic novels should absolutely be considered novels,” Schade said. “They tell a story and just because that story isn’t presented in traditional ways doesn’t mean they should be set apart in a negative way.”