AP Calc to use alternating classes for seniors, juniors 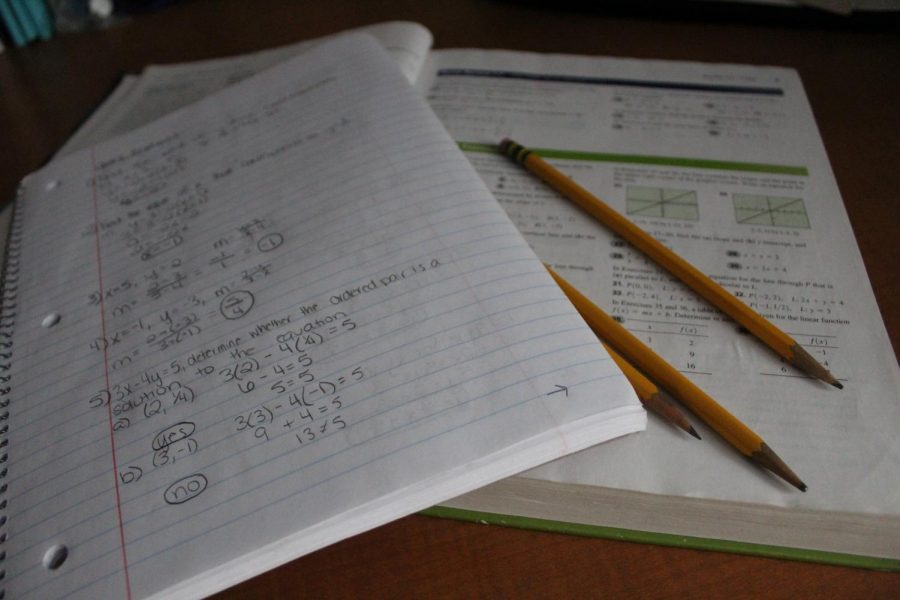 Despite the schedule change, AP Calculus students must still complete the same summer packet as previous years, including sections from the first two chapters of the textbook.

Rising juniors and seniors enrolled in AP Calculus will see something new on their 2018-2019 class schedules: alternating core classes. Next year, for two semesters, an estimated 40 students will report to AP Calculus one day and their English class the other.

In the past, CHS offered AP Calculus for 7.5 credits. But next year, like all other MCVSD schools, CHS will offer AP Calculus as a regular five credit class.

The change was, in part, made for consistency under a new assistant superintendent in the district, said guidance counselor Sandra Gidos.

“That’s allowing the calculus classes across the district to be more in sync with each other, they all offer it at five credits,” Gidos said.

This is not the first time that administration implemented alternating classes in CHS. But in the past, juniors could not participate in AP Calculus with the schedule.

Due to the credit change, students taking AP Calculus will no longer lose space for an elective in their schedules. Rising senior Sydney Karlin of Matawan said the schedule change benefits CHS’ curriculum.

Gidos said that electives are important to the CHS curriculum.

“I think that’s what makes us stand out from all the other academies,” Gidos said. “That we have the most choices for the most selection of classes that they can have.”

The change will also reduce the time spent in AP Calculus by half. Math teacher Justine Lane said that she will rely on her experience to teach next year’s students efficiently.

“With one year under my belt, I feel like I have enough of a sense of what’s important and what’s not important,” Lane sad.

Lane said that the workload will increase from previous years and require additional effort from the students to succeed in the class.

“It’s going to mean that they have to be more independent because I’ll probably have to give two nights of homework at a time,” Lane said. “It’s going to require some more responsibility on the kid’s part, but I think that’s a good thing.”

Karlin said that she is looking forward to the challenge of AP Calculus.

“Ms. Lane is the teacher, so I’m excited,” Karlin said.