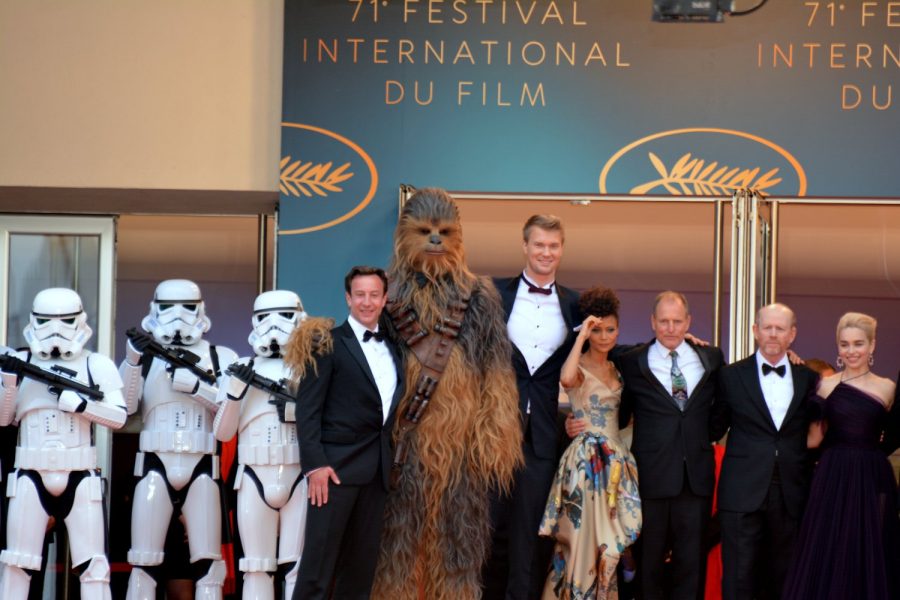 The cast of "Solo: A Star Wars Movie" at Cannes Film Festival.

Every year, 30,000 people flock to the Cannes Film Festival, also known as the International Film Festival, according to Forbes. Audiences full of fashion moguls and actors preview new films and documentaries and flood the small town of Cannes, France.

On the 71st birthday of the festival, attendees viewed new releases including “Solo: A Star Wars Movie” with Donald Glover and “Under the Silver Lake” starring Andrew Garfield.

Cate Blanchett, Kendall Jenner and Bella Hadid were just a few of the A-list celebrities that strutted down the Cannes red carpet in designer dresses.

Despite its glamorous atmosphere, controversy and scandal surrounded this year’s festival. Among the most surprising news was Netflix’s decision to boycott Cannes Film Festival entirely.

According to a Variety interview with Ted Sarandos, Netflix’s chief content officer, this resulted from to the festival organizers’ decision to ban films from competing unless they secured a local theatrical release. Sarandos said the company made the decision only after increasing tensions between the streaming service and Cannes.

The reverberations of #MeToo also shook up Cannes. Many attendees started movements at the festival to support the cause. According to The New York Times, “Tote bags came with fliers warning that misconduct can lead to prison or a hefty fine. ‘Let’s not ruin the party,’ the handouts say in French, ‘Stop harassment!’”

Women make up a majority of the Cannes’ jury, and 82 women, one for each female-directed film to ever compete for the Cannes Jury Prize, stood at the forefront of the red carpet. “Women are not a minority in the world, yet the current state of our industry says otherwise,” said Cate Blanchett, president of the Cannes’ jury. Photographers lined the carpet and captured Blanchett saying, “Ladies, let’s climb!”

Cannes is a hub of international culture through film. It screens hundreds of new releases every year and audiences consider it one of the most prestigious film festivals in the world, according to Vox. This event attracted celebrities, movements and even scandals in its 71st year. Fashion and creativity flooded the Mediterranean coast of France for the notable features the world has to offer.