Mother’s Day continues to be the more prominent holiday 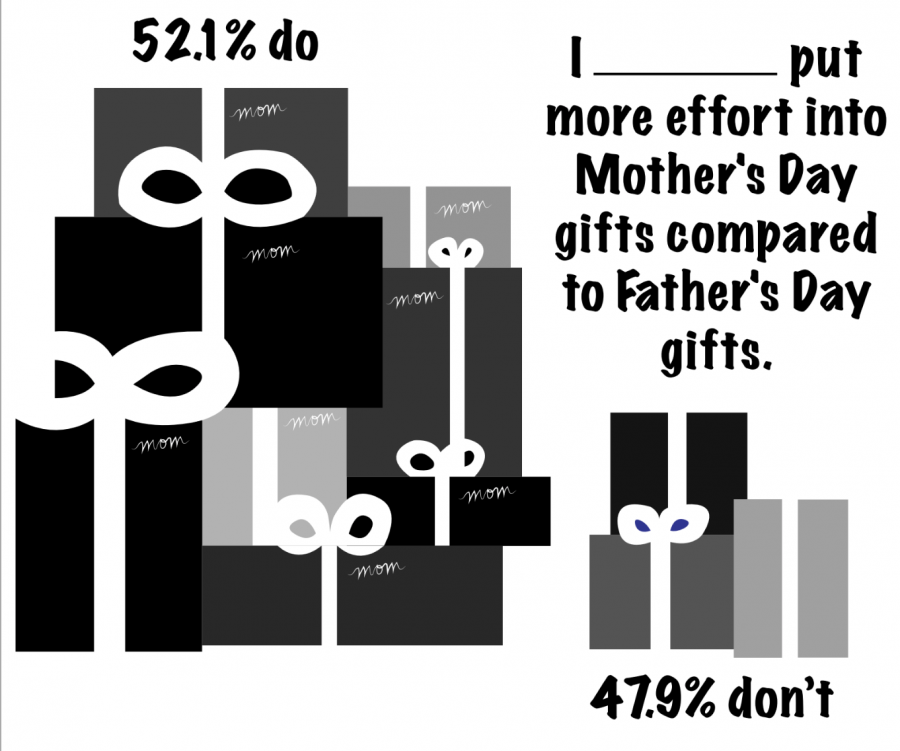 Every year, people all around the world celebrate their mothers and fathers, each for one day, to commemorate their roles in parenthood and recognize the bond between parent and child. But, society should regard Mother’s Day higher than Father’s Day.

According to the National Retail Federation, Father’s Day spending reached $12.7 billion this past year. That does not compare to the $21.2 billion spent on Mother’s Day. These numbers are not by chance; only 4.7 percent of respondents in a Christian Science Foundation poll said that they would spend more on Father’s Day than Mother’s Day.

Not only are Father’s Day gifts less thoughtful, they are less relevant in media. According to Facebook, over 65 million Mother’s Day-related posts were made in 2017, often including popular ideas such as breakfast in bed and flowers, whereas fathers accept a simple text or a gift card. Mother’s Day is a holiday, whereas Father’s Day is simply a formality.

According to BBC, society considers mothers to be the “biggest contributor to the home life” through their sacrifices, whereas fathers are “not typically gift oriented,” causing people to spend more on Mother’s Day.

Not only do more people indulge in Mother’s Day celebrations, the world recognized it 59 years before Father’s Day. According to Watch Mojo, a Canadian film producing website, Mother’s Day has ties to ancient cultures and historical relevance. On Mother’s Day in Nepal, for example, daughters honor their dead mothers by washing themselves in sacred pools, and in America, family members purchase white carnations to symbolize deceased mothers.

According to the National Retail Federation and Prosper Insights & Analytics, this Mother’s Day celebrates more than 85 million mothers in America and has an expected profit of $23 billion. Do something special to carry on the tradition of honoring the fundamental bond between mother and child.