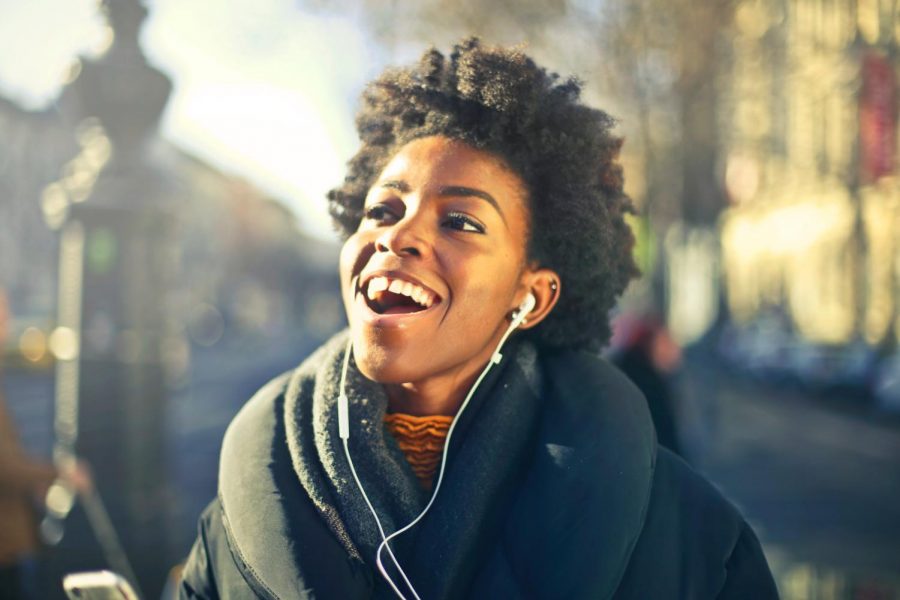 Streaming services like Spotify are low-cost alternatives to iTunes.

Downloading new songs. Arranging playlists by favorite artists. Putting your headphones in and turning up the volume. Listening to music is all too familiar, especially for students with long bus rides.

But, while most students listen to music, not everyone listens in the same way. Between music streaming apps and the prominence of iTunes, the debate lies in which way to listen to music has more benefits.

Sophomore Christina Flynn of Middletown prefers to use apps like Soundcloud or Spotify because of the monetary restrictions that accompany iTunes.

“I like apps better than iTunes; there’s more freedom and no cost,” she said. “The cost affects whether I use something because I don’t like paying for music.”

Junior Rachel Fenniman of Ocean agrees with Flynn about the no-cost aspect to apps, and prefers to stream music through them for the extensiveness of their library.

“I can get a better rate on them [apps] than on iTunes,” Fenniman said, “and they have everything.”

Freshman Kaitlyn Hammond from Wall acknowledges the monetary requirement to iTunes, but said she prefers it because of the offline accessibility.

“The cost is worth it. You don’t need Wi-Fi or cellular data for it, and most of the songs are actually pretty cheap. Apps use Wi-Fi and data, plus they cost a lot, which isn’t worth it,” Hammond said.

Sophomore Jack Lipanovski of Tinton Falls also prefers iTunes for the constant availability of music and independence it provides him.

“With iTunes you can take your music wherever and choose whatever song,” Lipanovski said.

Junior Rebecca Madeira of Howell said she used music streaming apps, but understands where the controversy stems from.

“I used Pandora for a bit. I feel kind of bad, but why pay a dollar for a song when I could get it for free?” Madeira said.