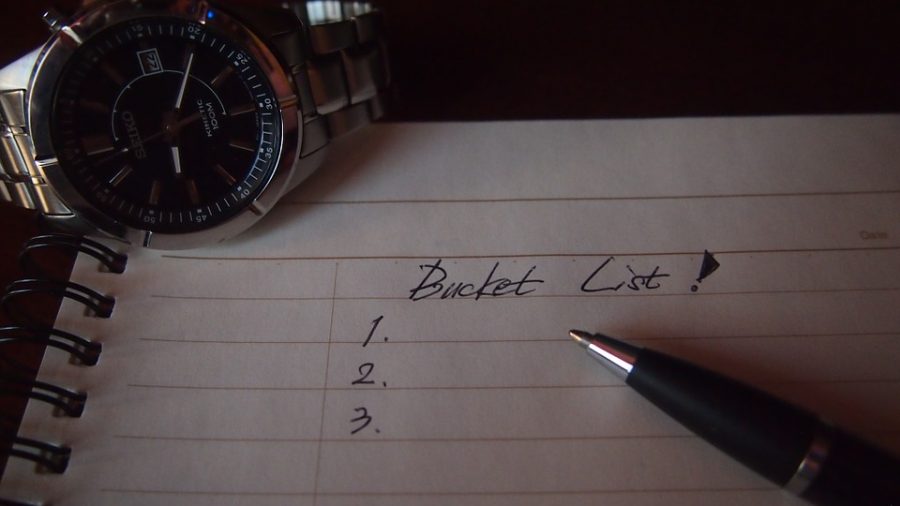 Bucket lists are enticing ideas on Instagram and Pinterest, but in reality they cause more harm than good. These lists continue to skyrocket in popularity, resulting in a pandemic of bucket list obsession.

Go skydiving, run a marathon, see the pyramids: every bucket list consists of generic goals like these. These lists prompt a lack of substance and individuality. In most cases, travel blogs, television, guidebooks or social media posts inspire the addition of experiences to the list, according to the Huffington Post.

Bucket lists turn people into robots and adventures into cookie-cutter vacations. When someone aims to complete a task on their list, it is typically their only focus; this causes them to turn down side adventures and spontaneous ideas and refrain from learning about culture and unique personalities, according to the Huffington Post. Bucket lists can feel more like chores than light hearted escapades.

In fact, some think of bucket lists as commercial ploys. Psychotherapist Philippa Perry told Business Insider that the trend may have started “as a brilliant PR stunt by somebody who was selling swimming with dolphins.” Perry said that there is a “consumerist, acquisitive vibe to many of the lists.”

With bucket lists, people live in the future rather than the present. Psychologist Linda Blair, author of the self-help book “The Key to Calm,” said that bucket list experiences prove worthwhile if the whole process is enjoyable.

Have fun in the moment with feats of your own. Just kick your bucket list.