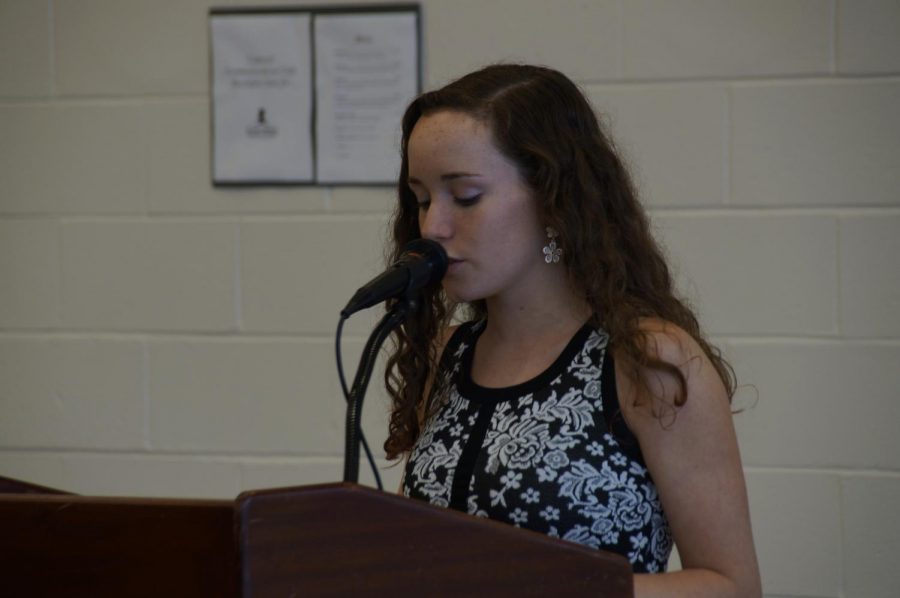 After giving her speech for freshman council three years ago, current senior Emma Hecht of Wall was elected to a position.

You step up to the podium and look out at the silent crowd. 80 unfamiliar faces stare back at you, forming a group of people you barely know or recognize. The silence is deafening, so you push out the first words on the paper in front of you.

“Here’s why I belong on your freshman council.”

Prior to every freshman election, the class only has less than a month to orient themselves with each other before they select a group of their peers to represent them for an entire school year.

“Freshman council elections are interesting because you kind of don’t know anyone,” said junior Colin Martin of Middletown, who served as vice president of his freshman class council.

As a result of this limited time for familizarization, senior Emma Hecht of Wall said she believes that whichever freshman can get their name out and their voice heard the fastest has the greatest chance of getting elected. Hecht served on class council her freshman year.

“I don’t think I was elected because people saw me as a good leader. I think it was because I didn’t have a problem putting myself out there to the rest of the grade,” Hecht said.

Senior Kevin Clark of Spring Lake said that he used his humor and likeability as a tactic to become class president his freshman year.

“I think that if you went all serious and weren’t likeable then you wouldn’t get on,” Clark said. “You could be the best option but not campaign as a fun and exciting person–and then not make it at all.”

Junior Vaughn Battista of Tinton Falls served on his freshman council, and said that a lack of knowledge about how things are run can be a disadvantage for both the council and the class. For him, it meant receiving criticism from the class despite things being out of his power.

“You did get a lot of flak for stuff because people didn’t necessarily know how things were run, and we all came in with different expectations,” Battista said.

Despite these issues, Martin believes that an imperfect election is a learning experience for both the grade and council.

“Be careful who you vote for, but it isn’t the end of the world. You’ll have another chance in the spring to elect another council when you know everyone better,” Martin said.