Students dance the night away at Homecoming 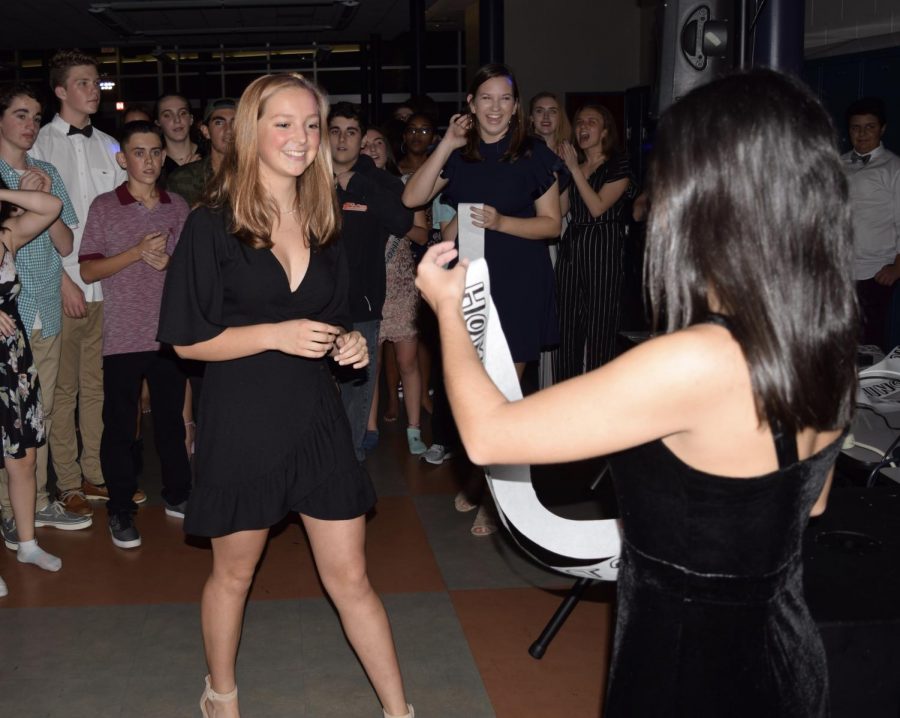 Students attended the second annual Homecoming dance in the cafeteria on Friday, Nov. 2. SkillsUSA hosted the event and gave students the opportunity to nominate and elect their peers onto a court and dance to music courtesy of the radio department, despite the absence of a football team.

Junior Michael Landolfi of Tinton Falls created the playlist and DJed at the dance.

“I try to keep in mind what’s popular and also what I can play without getting in trouble,” Landolfi said.

“Skills did a really great job. They played really good music and everyone was dancing, it was super fun,” Beekman said.

The dance also featured some aspects unique to CHS. For example, students elected two chaperones to be recognized as the king and queen among the present faculty members. This year’s winners were SkillsUSA adviser and math teacher Scott Stengele, who is now a two-time recipient of the title, and Spanish teacher Karen Britto.

Seniors Tali Petto of Marlboro and Liam Marshall of Sea Girt represented their class on the court.

“Liam and I were both so surprised to be on the homecoming court,” Petto said. “The Class of 2019 has made me so happy and I wouldn’t trade any of them for the world.”

The remainder of the court consisted of freshmen Kacie Farrell of Lincroft and David Pietras of West Long Branch, sophomores Georgia Trentalange of Middletown and Ethan Hecht of Wall and juniors Colin Martin of Middletown and Dane Tedder of Ocean.