“To All the Boys I’ve Loved Before” tells same story of romance, gains mixed reviews 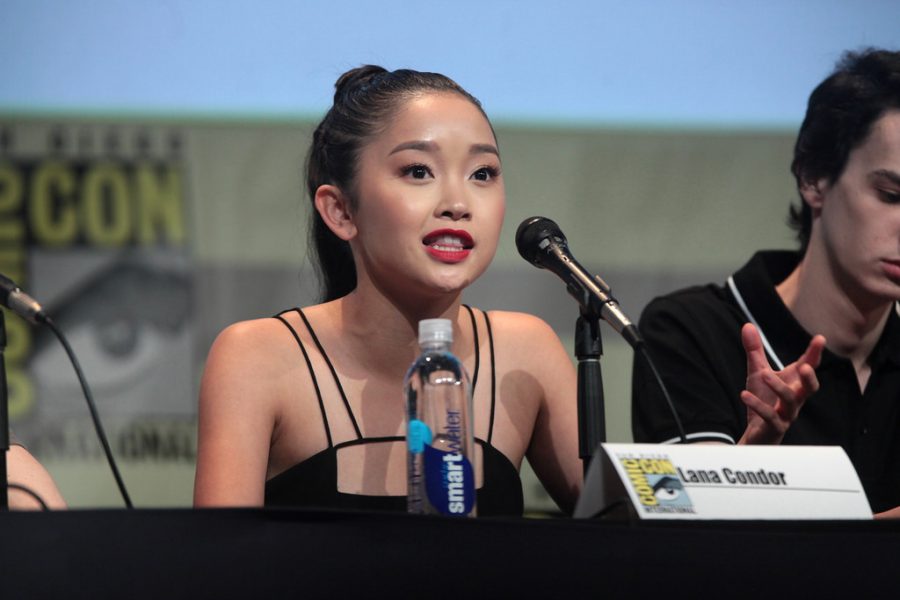 Lana Condor stars as Lara Jean Covey in Netflix's "To All the Boys I've Loved Before."

Recently, Netflix movies have been taking the internet by storm. “To All the Boys I’ve Loved Before” is no exception.

The popular streaming site released the movie, based on a novel by Jenny Han, on Aug. 17 and viewers immediately began buzzing about its characters and storyline.

Han released the book in April of 2014. Due to fan interest, she wrote two more follow-up novels. The third novel came out in May of 2017, and by the summer, an announcement about a movie deal went out to her fans.

The movie features a high school junior, Lara Jean Covey, played by Lana Condor, and the story of how her personal love letters were mailed out. It explores her relationships with everyone around her, but specifically her middle school crush, Peter Kavinsky, played by Noah Centineo. The two devise a fake relationship to make past partners jealous. Lara Jean has no idea what she’s getting into, but ends up discovering her true self and love along the way.

Having read the book and watched the movie, the book was much better. The movie was too focused on romance and watered down the central theme of the book: family. Without that relationship present, Lara Jean’s character would lose her story. Her sister Margot was Lara Jean’s guide in life and she impacted Lara Jean’s words and actions.

Junior Abbey Reisler of Ocean Township said the film was okay, but romantic-comedy tropes were ever present.

“It was decent, but I’m getting sick of seeing the same characters over and over again,” Reisler said. “Rom-coms are all the same to me.”

Unlike Reisler, junior Desiree Negrin of Fair Haven said that the relationship between the main characters was genuine and original.

“I really enjoyed it,” Negrin said. “The chemistry between the actors was evident and they definitely casted it well.”

I’d recommend this movie to anyone interested in watching a good romantic comedy, but if you’d prefer a more realistic story, read the book first.