Woolley: from newsroom to classroom 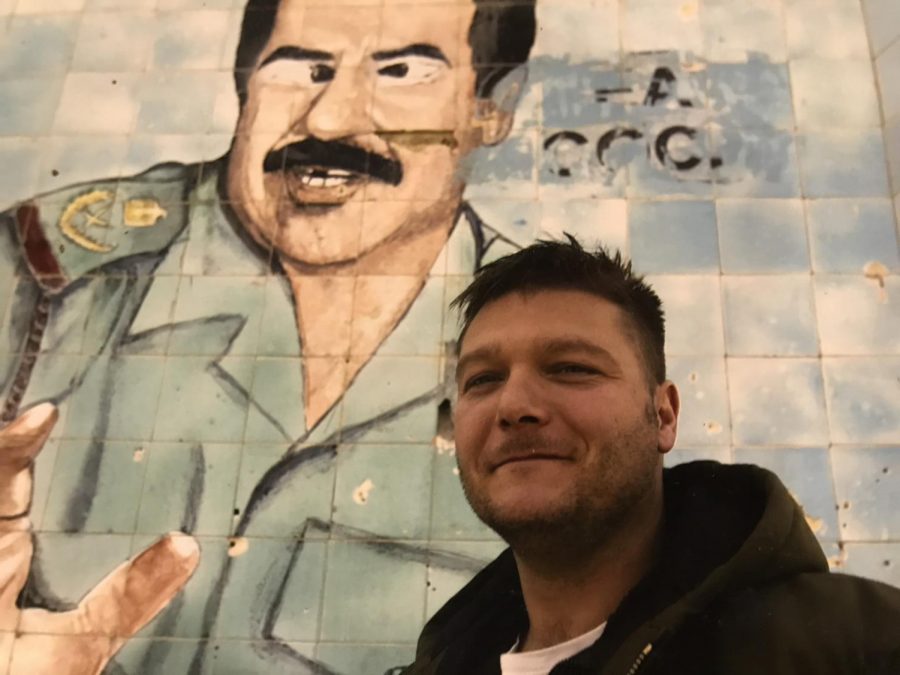 Woolley poses in front of a defaced mural of Saddam Hussein in Baghdad while covering the Iraq War in 2005.

“I have always wanted to teach from the very first time I was in a newsroom,” said journalism teacher Wayne Woolley.

CHS recently hired Woolley in September of the 2018-19 school year.

Before teaching, Woolley pursued a career in journalism for 18 years writing for publications such as The Trentonian, The Star Ledger and The Associated Press. He said that his confidence to pursue journalism sprang from utter confusion.

“I was kind of neurotic in high school. I didn’t know what I wanted to do with myself,” Woolley said.

Woolley’s high school history teacher inspired him to continue in the field he enjoyed: writing. It later motivated him to study communications at Pennsylvania State University.

Woolley began applying to publications after graduating. The Hunterdon County Democrat gave him a month long “tryout,” and he stayed at the newspaper for nine more months.

Shortly after, Woolley secured a position at The Associated Press (AP). While reporting for AP, he wrote the 1993 World Series sports article involving the Philadelphia Phillies and Toronto Blue Jays.

Looking to branch out, Woolley began sending applications to as many as 150 publications at a time. He later accepted a position with The Detroit News, where he reported on crime in the area. Woolley vividly remembers the story he wrote about a six-year-old boy who brought a gun to school and killed a classmate.

“I think it was the best lede I ever wrote. I wrote ‘From the Home of a Taxpayer to the Depths of a Drug House and into the Hands of a Child,’” Woolley said.

After The Detroit News, Woolley took a position at the Star Ledger, where he covered the military during the Iraq War. Having served in the army after college, he found that covering other troops and their families was difficult.

“In New Jersey, I would interview parents of soldiers and marines killed and it was always so hard… really emotional,” Woolley said.

Woolley is now able to offer his experiences in the field of journalism to aspiring students at CHS through classes like photojournalism, mass media and publishing.

“I love the chance to talk about journalism with some really bright and motivated students every day,” Woolley said.