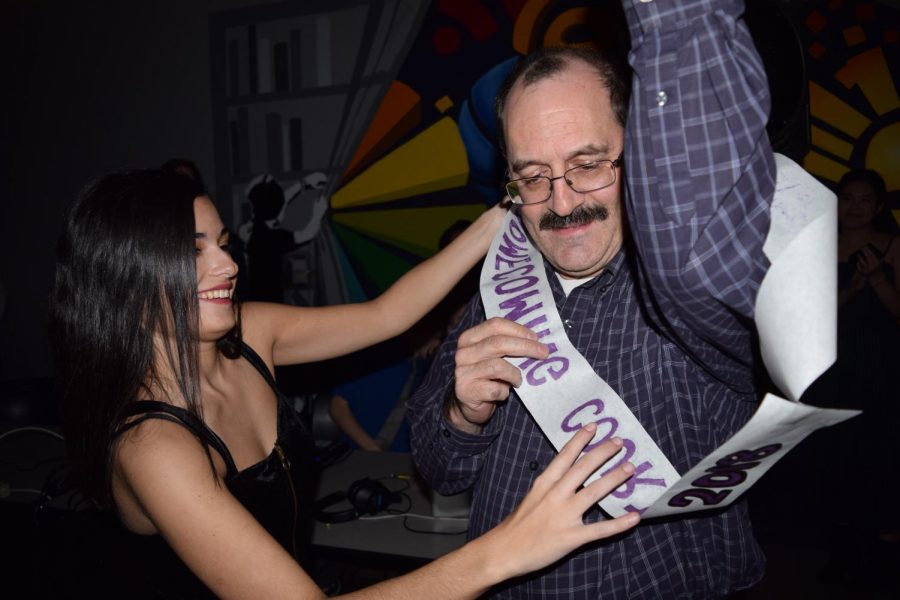 SkillsUSA President and senior Connor Martin of Spring Lake Heights said the club split into committees for food, decorations and advertisements to maximize the ease of setting up.

“The most challenging part of any event is making sure all the pieces come together on the day of,” Martin said. “So many people work so hard on the different parts and they all have to combine seamlessly.”

Students nominated members of their grade for the Homecoming Court prior to the event on a Google Survey. Voting for Homecoming Court, as well as Homecoming King and Queen, took place at the dance. Students voted math teacher Scott Stengele as King for the second year in a row, alongside Spanish teacher Karen Britto.

Junior Dane Tedder of Ocean, who students elected onto his grade’s court with junior Colin Martin of Middletown, said he was surprised by his win.

“It definitely feels great to be thought of enough to be included on the court,” Tedder said. ”I don’t really know what I expected from the dance but it certainly wasn’t that much recognition.”

The court also included freshmen David Pietras of Marlboro and Kacie Farrell of Lincroft, sophomores Georgia Trentalange of Middletown and Ethan Hecht of Wall and seniors Tali Petto of Marlboro and Liam Marshall of Sea Girt.

SkillsUSA Secretary and senior Grace McCaffrey of Middletown and  senior Alexis Colucci of Middletown ran the decorations committee for the dance and designed the geometric themed decor.

“The most difficult thing about planning the dance was coordinating with all the different people involved,” McCaffrey said,”We coordinated and planned the decorations with everyone and were in charge of setting up on the day of.”

Sophomore Steve Ostrom of Lincroft said he prefers Homecoming to the traditional idea of a Halloween dance next year.

“I had a great time at the dance,” Ostrom said. “It was such a fun night, and I definitely think SkillsUSA should continue our new tradition.”