Gesin leads the charge with four programming classes at Communications 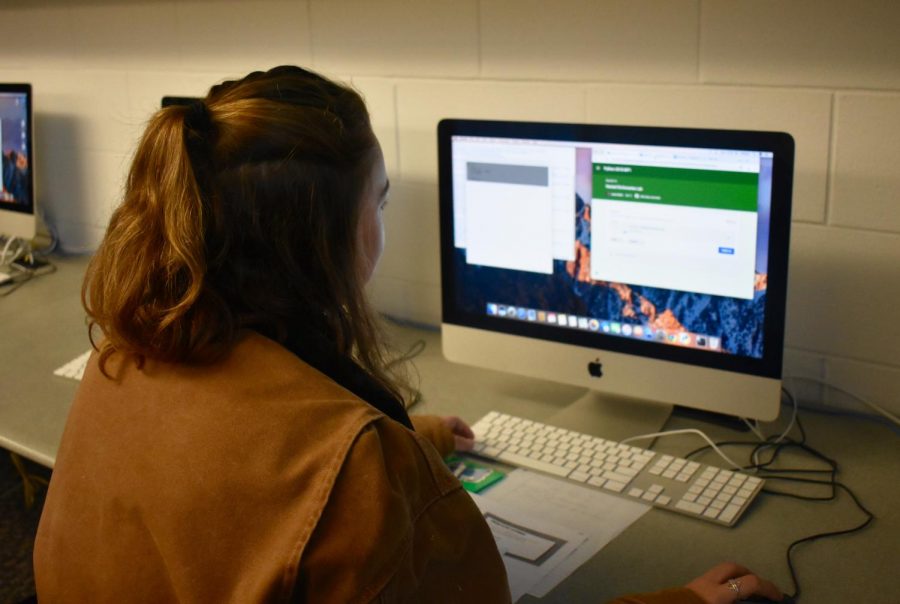 Sophomore Erin Carr of Wall submits her code for Intro to Programming on Google Classroom.

With over 49,000 computer science bachelor’s degrees awarded to students in 2015, there has been a 15 percent rise from the previous year, according to Education Weekly. The world of computer programming seems to rapidly expand each year, which makes a base knowledge of the subject much more desired at the high school level.

CHS, one of the five vocational schools in the Monmouth County Vocational School District (MCVSD), requires students in their sophomore year to take an intro level course in Python, a high-level language for general-purpose programming. Students then have the option to take other electives in the field including Java, Web Design, Advanced Java in Android Studio and Advanced Web Design, all taught by technology teacher Laura Gesin.

The courses offered to students at CHS prepare them for careers in the industry after college, Gesin said.

“Over the past decade, colleges have moved from offering Java as the entry level language to using Python,” Gesin said. “Many alumni have returned to CHS and not only let me know of this change, but shared their coursework with me in preparation for the creation of our current curriculum.”

But CHS isn’t the only school in the district that offers coding classes to its students. MCVSD academy High Technology High School offers courses such as Computer Integrated Manufacturing, AP Computer Science and Software Engineering.

“While CHS may not offer as many or as intense of classes on computer science, it offers a different type of skill,” McCaffrey said. “Going to CHS allows a coder to learn the importance of communication with their peers, which is something many in the tech field struggle with.”

With recent CHS alumni working at large corporations like Google and Amazon, the program proves to be successful for students looking to pursue computer science. Gesin said many students go on to receive upper-level degrees, including Class of 2012 alumnus James Larisch, who is currently working on a PhD at Harvard.

For those looking to continue on a path to computer science after high school, CHS serves as the first step into gaining the necessary knowledge to obtain a career in the industry.