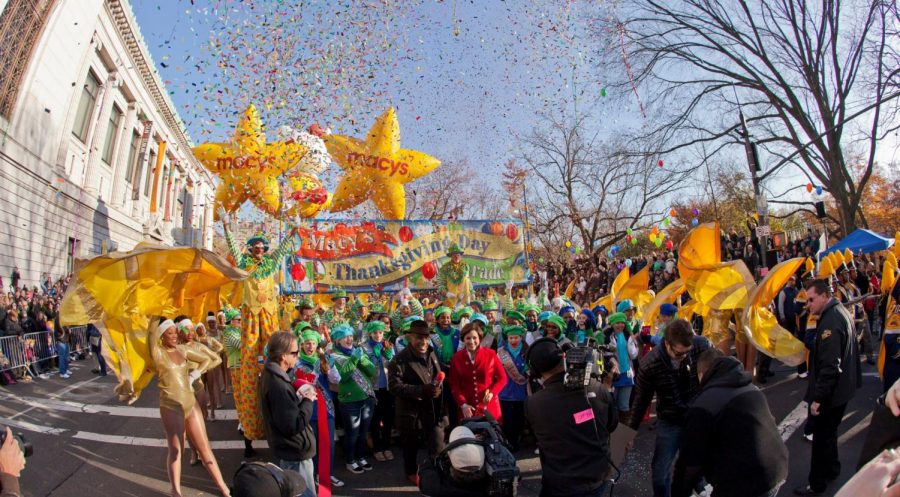 Thanksgiving makes many imagine the smell of turkey and potatoes wafting in from the kitchen, watch the famous Macy’s Thanksgiving Day Parade playing on the television or listen the chatter and laughter of family members as they watch the football game. But for others, like sophomore Jacynth Apora of Manalapan, the holiday brings a completely different image to mind.

Apora remembers her first Filipino Thanksgiving when she was eight years old. Instead of traditional foods, Apora and her family feasted on some of her favorite Filipino dishes, including pancit and humba.

“Since Thanksgiving isn’t a holiday in the Philippines, I think my family just decided one year to have a big Filipino meal during the Thanksgiving break,” Apora said.

Other students’ ethnicities shape their Thanksgivings as well.  Senior Ayesha Nusrath of Freehold enjoys the “Indian versions” of the traditional dishes, such as Tandoori and other spicy meals. Freshman Ezra Shim of Spring Lake Heights always has his grandparents’ homemade Korean food.

Traditions do not only differ based on ethnicity. Junior Meredith Prud’homme of Ocean said some of her favorite memories are of watching the Muppets Thanksgiving Special with her family every year.

Sophomore Riley Forrester of Spring Lake Heights said she and her extended family celebrate the holiday with a huge bonfire.

“The tradition started three years ago, after we had a death in the family, and we’ve all kept the tradition as a way to bring us all together and to realize how lucky we are to have each other,” Forrester said.

Traditional or non-traditional, Apora said she believes that Thanksgiving is a day of joy and love in America.

“I like thinking about all I have to be thankful for.  It’s comforting, to know that I can feel right at home when people say ‘Happy Thanksgiving!’” Apora said.