The evolution of immigration 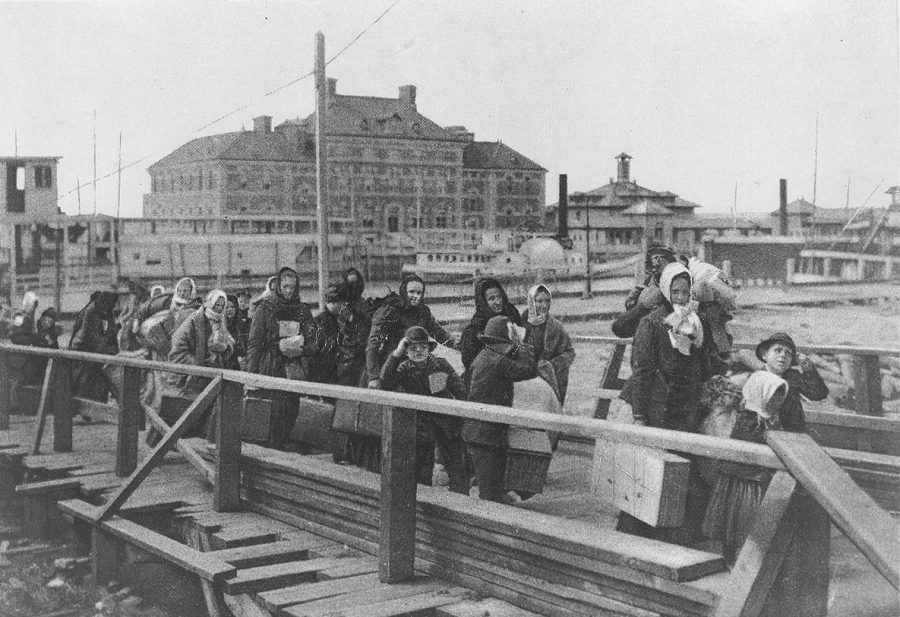 Immigrants entering the United States through Ellis Island in 1902.

Hailed as the home of the “American Dream,” the United States continues to serve as a destination for immigrants from all over the world. While America has an established multicultural identity, the details of immigration into the country have changed over time.

According to the Library of Congress, the first major wave of immigration into the United States occurred during the late 19th century, with most immigrants originating from Germany, Ireland and England. These immigrants came to America for increased economic opportunities and freedom from political or religious persecution in their home countries.

Today, Europe is no longer the main source of America’s immigrants. Mexico is now the top origin nation of the U.S. immigrant population, with 26 percent of all U.S. immigrants originating from the country, according to a report by the Pew Research Center. Millions of refugees from the Middle East also seek sanctuary in America to escape what the International Rescue Committee calls “the worst global displacement crisis since World War II.”

While the exact circumstances of today’s immigrants vary from those in the 19th century, their main motivations are similar. Those from Mexico often seek better economic chances and jobs, with the average family in Mexico making 843 dollars per month, according to the 2014 National Survey of Household Income and Expenditure. Refugees from countries like Syria and South Sudan look to flee the war, persecution and political upheaval of their home nations.

Since 1970, the United States has seen a sharp rise in the amount of incoming immigrants. The American Community Survey reported that in 2016, more than 43.7 million immigrants resided in America, with 1.49 million entering the country that same year. This is a 314 percent increase from nearly a century ago, when the American immigrant population encompassed 13.9 million people in 1920.

Recent presidential policies focus on reducing the intake of immigrants in America. According to the Migration Policy Institute, the Trump administration reduced refugee admissions to their lowest level since 1980 and reversed the decline in illegal immigration arrests that had occured during President Obama’s tenure. In addition, the U.S. government held over 10,000 migrant children in detention centers during 2018, according to the Washington Post.

In contrast to these policies, CNBC reported that over half of Americans support offering a path to citizenship for immigrants. This is a change from the 1800s, when groups like the Chinese and Irish were victims of the public’s anti-immigrant sentiment, according to the Los Angeles Times.

As America evolves, immigration will likely continue to evolve as well with differing groups of newcomers and governmental reactions to them.