Music therapy helps patients to cope with their mental illnesses 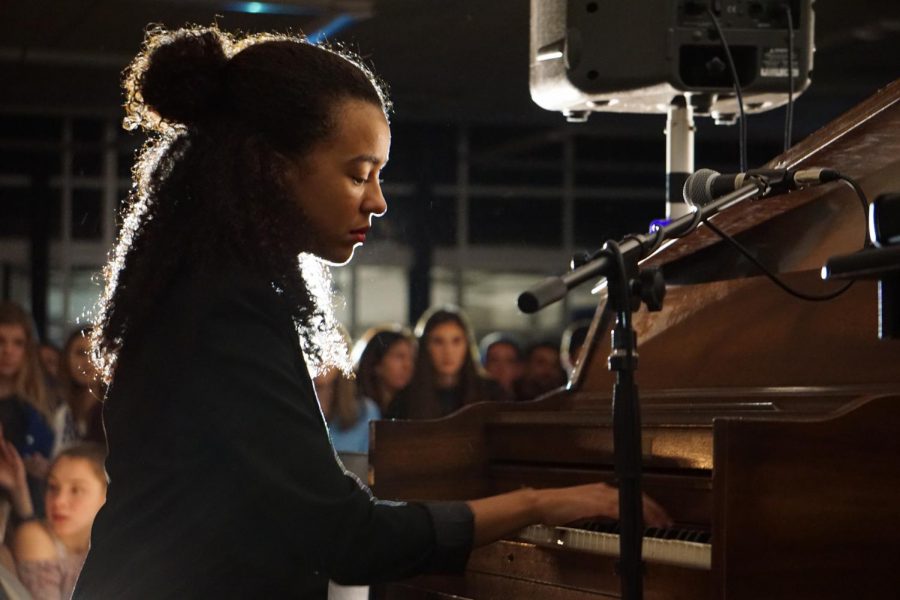 Senior Sydney Karlin of Matawan performs a medley on the piano at the annual CHS Coffeehouse in November.

When it comes to mental illness, most think of medication and talk therapy as typical forms of treatment. But, a new and vastly different approach has recently gained notoriety, supplementing what is known as standard regimen. This practice is known as music therapy.

Music therapy is the use of music in a therapeutic setting by a professional, according to the American Music Therapy Association. Specific treatments include making, listening or moving to music. It focuses on helping clients improve their health through different domains like developmental abilities or relaxation techniques.

Patients have begun to use this form of therapy to cope with mental illnesses like depression and schizophrenia. It has also been successful in reducing the severity of symptoms of patients with other cognitive impairments or diseases, including Alzheimer’s, according to the Alzheimer’s Association.

According to the Journal of Biomusical Engineering, when a group of patients with chronic schizophrenia participated in music therapy, the treatment reinforced sense of self esteem, encouraged verbal and non-verbal self-expression and promoted psychological growth.

While listening to music, a virus-fighting cell called immunoglobulin A, as well as endorphins, increase. Both work together to stop pain receptors from transmitting messages to the rest of the body. The stress hormone Cortisol also dramatically decreases in the body.

A 2011 study conducted by the British Journal of Psychiatry evaluated 79 people with clinical depression. After three months, the patients who received music therapy showed improved general functioning and a significant decrease in depressive symptoms.

Sophomore Jacynth Apora of Englishtown, a musician herself, said that music comforts her and acts as a sounding board.

“Music is one of the closest friends I have,” Apora said. “There is always a specific chord that wants to be heard when I’m feeling something, and trying to write lyrics helps release anything I bottle in.”

Although music therapy is not yet perfect, it has already diminished the pain and discomfort of many suffering from various conditions. According to the American Music Therapy Association, there are over 7,000 current board certified music therapists to date, and that number is expected to continue growing. Due to the increasing demand of music therapists, this new treatment may completely take the psychology world by storm.