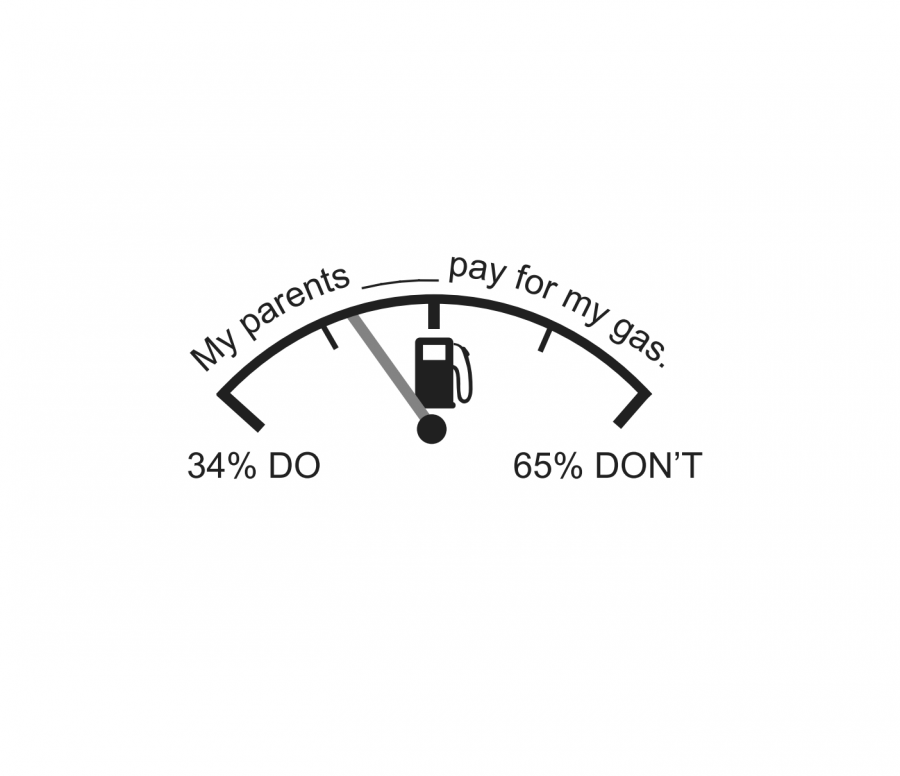 Junior year of high school comes with a slew of new responsibilities: taking the SATs, starting the college search and for most students, getting their driver’s license. The frequent trips across Monmouth County that parents used to make now carry a price tag for most students, along with a set of added expenses.

Spending is bound to increase after getting a license, when the newfound freedom results in late night ice cream outings, early morning coffee runs and trips for after-school snacks.

Senior Bridget Woodrow of Belmar said that her spending has increased since getting her license, with a bulk of her money going towards food.

“I spend most of my money on food since my parents pay for gas. Since I’ve started driving, I’ve just been out of the house more so I end up eating out more often when I’m on the go,” Woodrow said.

Some students pay for their own gas, while others’ parents cover the cost. According to a survey of 43 CHS student drivers, 65.1 percent said they are responsible for paying for gas. With some students driving up to 25 miles to and from school every day, bank accounts are sure to suffer.

Junior Jack McHugh of Manasquan said that his parents occasionally offer to fill his tank to alleviate some of the financial burden.

“Sometimes I pay for my own gas, and sometimes my parents offer to pay for it. But that’s definitely where I spend most of my money,” McHugh said.

Senior Tali Petto of Marlboro has a late birthday, so she relied on her friends for rides until she got her license. During that time, Petto said that even though she did not have her license, her spending increased because she went out more

“Since my friends constantly picked me up and we went out, I was spending just as much money as I would if I had my license,” Petto said.

Petto also had to pay some of her friends for their journeys.

“Some of my friends asked for gas money because they were going out of their way to drop me off or pick me up, so I didn’t mind paying them,” Petto said.

A physical license from the DMV may only cost $6, but it can bring an abundance of other expenses with it.