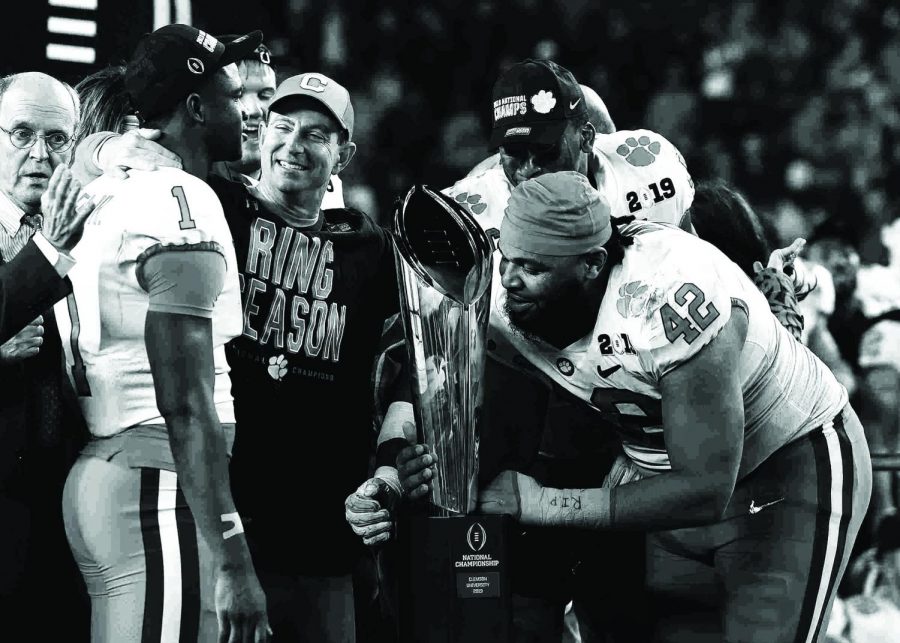 Deciding on a college is no easy task. But for some students, the tailgating, football games and athletic environment of a college can sway their decision.
Junior Caelin Burgi of Matawan, who is currently looking for colleges, said that she wants to go to a college with a football team.
“I think that it would be a fun social event and a way to get involved with the people at college, and I don’t get to experience that at Communications because we don’t have a football team.”
Burgi’s process to weigh successful athletics in her college decision is similar to many other applicants.
In 2011, after Baylor University broke its 14 year losing streak, out-of-state applications rose from 20 percent to 30 percent by the next year. When a college succeeds in sports, it becomes more popular, which tends to draw in more applications.
Senior Connor Martin of Spring Lake Heights said that for most of the schools he applied to, academics were a priority and athletics did not affect his decision. On a specific visit to one school, Martin said that he decided not to apply because most of the tour centered around the school’s football program.
“I’m not paying tuition in order to go to football games. That’s just not the kind of education that I want to get,” Martin said.
Senior Emma Hecht of Wall, who participates in varsity track and varsity cross country swimming for Wall High School, said that small colleges without sports teams did not appeal to her. While she doesn’t plan on running or swimming in college, Hecht said she still likes the atmosphere that a sports-oriented school creates.
“I feel like I’d like to go to a school that has a lot of athletes because I connect with athletes,” Hecht said. “I’m very into keeping in shape and working out. A lot of my friends are athletes, so I usually get along with athletes.”
Strong college athletic programs put the various universities on the map and affect which colleges students want to apply to.