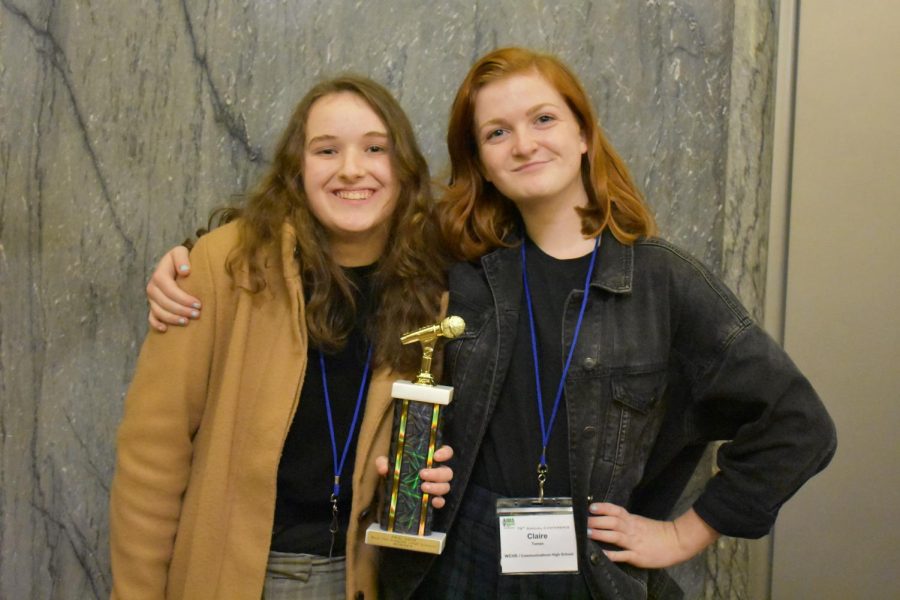 Supervised by club adviser and radio teacher Bill Bengle, the event provided an opportunity for radio show hosts and producers to network, teach classes and earn recognition for their work in broadcasting. WCHS received 16 nominations in 11 categories, ranging from Best Logo to Best Comedy, quadrupling the amount of nominations awarded last year.

For those interested in radio as a career, the conference allows many students to get ahead in the entertainment industry. Some students, like Toman, plan on using their radio skills outside of CHS.

“I’m gonna be leading a team of Scouts from the US, Mexico, and Canada this summer in producing a podcast at the 2019 World Scout Jamboree,” Toman said.

But many attendees, like Moroses, don’t plan on pursuing radio as a career despite their involvement in high school.

“Professionally, I know Clare and Merina want to pursue other things and also probably me as well, but I still really love broadcast communication. I’m looking forward to being involved with college radio,” Moroses said.