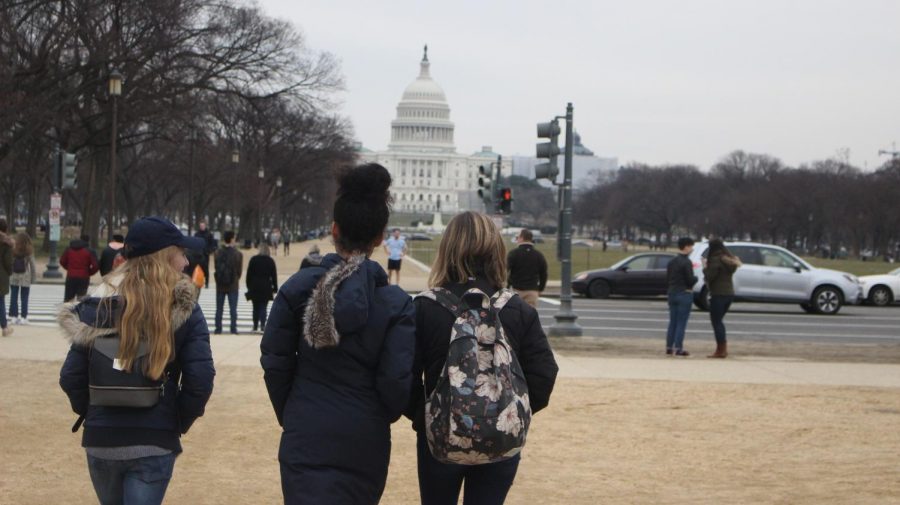 Students got the chance to tour the city when they weren't attending conferences.

Supervised by math teacher Justine Lane, the trip provided an opportunity for politically active high school students to express their opinions and attend networking events, such as the annual political fair.

Students departed from CHS on Feb. 22 along with the Colts Neck High School chapter. After registering at the hotel, students had the day to explore D.C.

“Exploring Washington on the first day was a ton of fun. It was a little difficult to deal with scheduling because we weren’t sure far in advance whether the museums would be shut down,” said junior and co-president Dane Tedder of Ocean.

Over the weekend, students presented, spoke on and voted for bills regarding topics ranging from banning the use of Comic Sans to raising the minimum wage. Co-financial advisor and junior Liam Jamolod of Howell favored this trip’s chosen bills over those picked in the previous year.

“I felt this year the bills chosen, in my room at least, touched on issues everyone is more informed on, as well as just a few that not many knew about which I feel was nice because it helped to expand my knowledge,” Jamolod said.

After returning to CHS, JSA co-presidents and juniors Vaughn Battista and Dane Tedder began advertising for Spring State, the club’s next major trip.

“With a lot of preparations to make and not as much time as usual, it’s been a challenge to stick to deadlines, but we’re pulling through and it’s going to be a lot of fun.” Tedder said.

Senior Ally Weitzman of Marlboro attended this year’s Winter Congress and said she is excited about the future of JSA at CHS.

“It’s an amazing trip that shows students the change they can make in the world. I hope it’s a trip that CHS students can continue to enjoy for years to come,” Weitzman said.