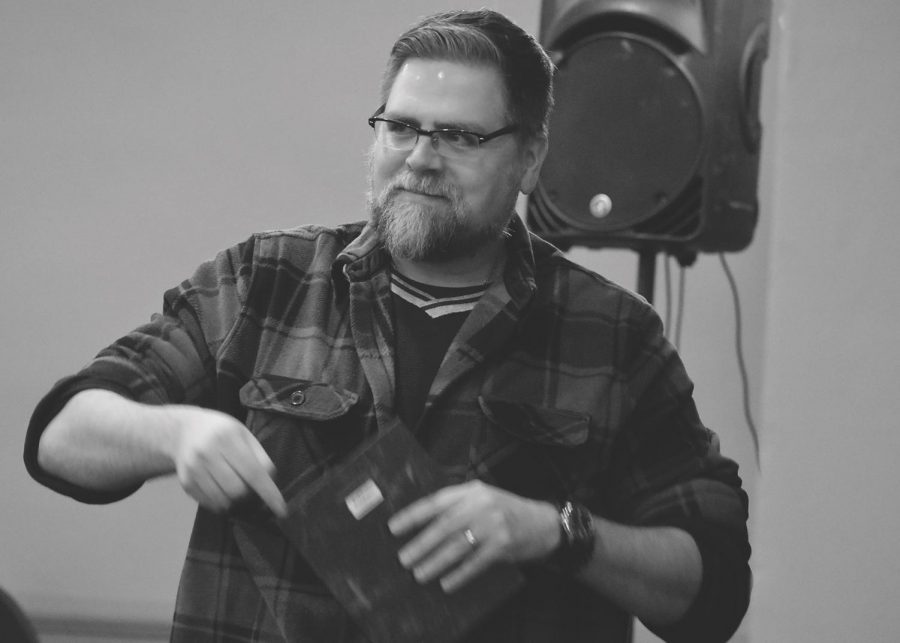 Radio teacher and WCHS adviser Bill Bengle accepts the award for Best Faculty Adviser. It was one of two awards the club took home, along with 14 other finalist trophies

Members of Radio Club traveled to New York City on March 1 to be recognized nationally for their accomplishments in broadcasting by the Intercollegiate Broadcasting System (IBS).

According to its official website, the IBS Awards honor “excellence in programming, air personalities, public service efforts and outstanding stations” at the high school and college levels.

Since WCHS members attended the conference for the first time last year, WCHS Promotions Director and senior Amanda Lavery of Marlboro said she has seen growth in Radio Club participation.

“We were able to expand a lot this year into a larger group of attendees and finalists,” Lavery said.

The 20 student attendees had the opportunity to visit a variety of panels by broadcasting professionals to learn about modern radio prior to the awards ceremony at the end of the day.

“I attended because I thought it would be a fun way to learn more about the radio industry,” said sophomore Anabell Mazzan of Fair Haven. “I heard people speak who are currently in the radio industry, as well as comedy writers and a lawyer in the music industry.”

The four members of Radio Club council were invited to lead a panel at the conference regarding the use of social media to gain an audience.

“We were able to have a younger perspective,” Lavery said. “The presentation went really well, and we ended up with a totally full session with a really engaged audience.”

Radio Club Assistant and junior Michael Landolfi of Tinton Falls played a major role in the planning and funding trip and thought it was a valuable experience.

“All of the attendees really enjoyed the conference and I think we all learned a lot from several of the conferences,” Landolfi said.