Referees prove to be game changers 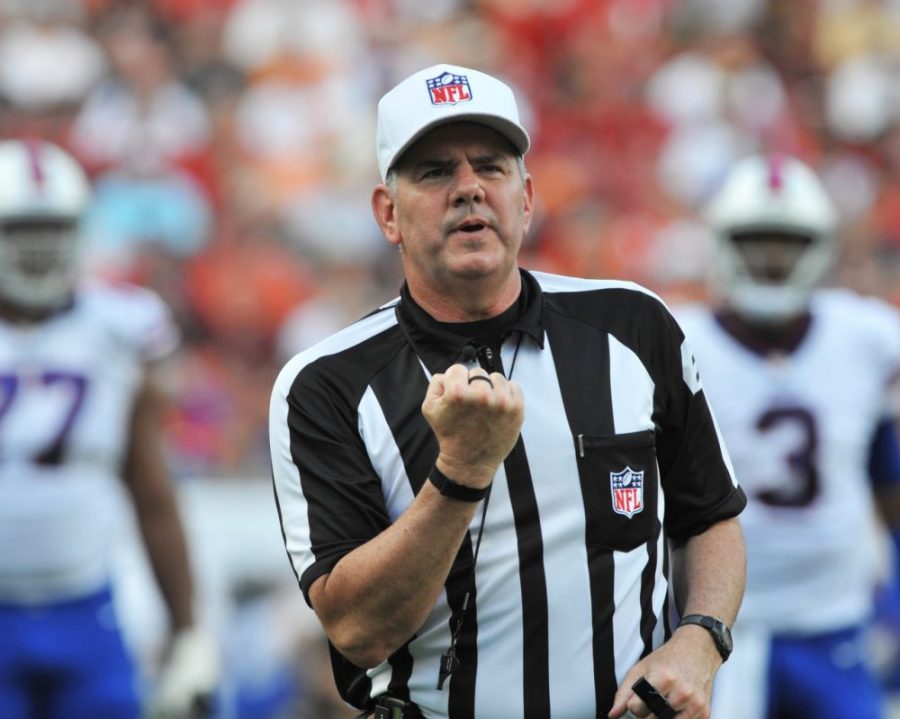 NFL referee Bill Vinovich was the subject of scrutiny after his call against the LA Rams in an NFC title game. https://creativecommons.org/licenses/by/2.0/

The possibility of a biased referee during the biggest game of a team’s career is a daunting one. This is what happened to the LA Rams.

According to Rams Wired, Rams fans everywhere petitioned to remove referee Bill Vinovich from the NFC title game. The LA Rams had a 0-8 streak when Vinovich worked as head ref and acted as an obstacle to the LA Rams. Since the publication of the petition, it has received over 600,000 signatures.

Junior Alessia Lubrano of Colts Neck, who plays lacrosse and does cheerleading, said that a good referee can affect the outcome of the game.

“In my experience, I’ve seen refs that are clearly biased towards one team and said team ends up winning. The whole game is in the hands of the refs,” Lubrano said.

Freshman Brielle Karolak of Brielle agreed with Lubrano and said that referees can provide advantages or hindrances to specific teams.

“If the ref is unfair, then one team will have an unfair advantage, even if they aren’t the better team,” Karolak said.

Junior RJ Franzen of Allentown said that though referees are important to the game, they do not determine its outcome.

“They are important to every game, and can potentially give one team an advantage with some bad calls, but they’re never really the reason why a team wins or loses a game,” Franzen said.

One bad call from a referee can affect the entire outcome of a game. People carry biases, and referees are no exception. Unavoidable bias can cause refs to either not make an important call or make a bad call, both of which determine the outcome of many important games.