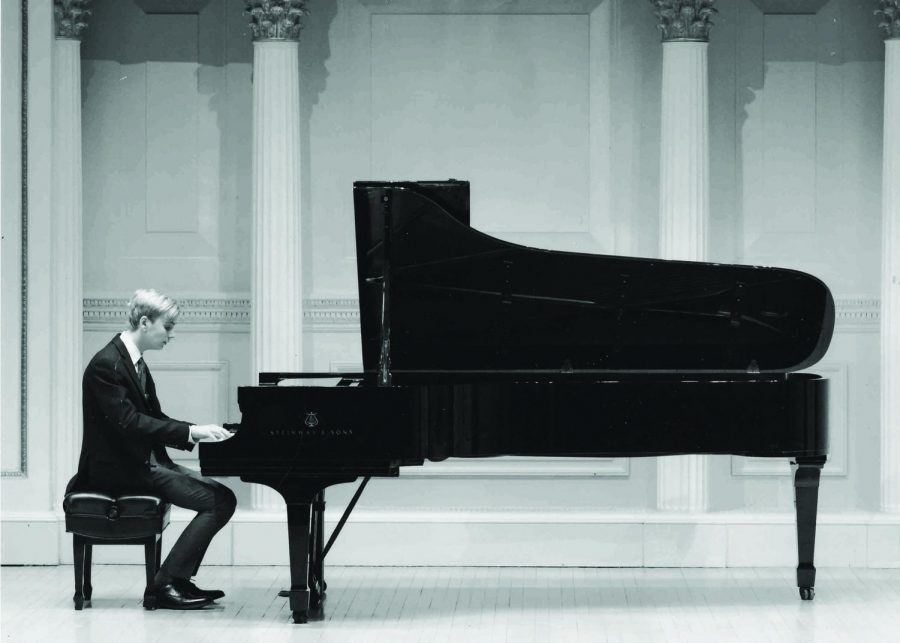 At the age of four, sophomore Liam Umbs of Monmouth Beach sat at the piano and plucked random notes, acquainting himself with the keys in front of him. Much to the surprise of his parents, Umbs quickly taught himself how to play nursery rhymes like “Old MacDonald.” Umbs’ mother realized her self-taught son had an “ear” for music and immediately signed him up for lessons, developing the skill he now takes with him to international competitions.

“I was kind of blown away,” Ostrom said. “I didn’t have very high expectations for it because I was so young, but it still blew me away for how young we were.”

But this talent does not come without hard work. Umbs meets with his piano instructor twice a week and practices for at least an hour each day, regardless of other commitments. Umbs said that playing the piano is a great stress reliever.

“Nothing is better than… sitting down at the piano and forgetting anything else going on in life, just focusing on doing one thing and one thing only,” Umbs said.

Last year, Umbs tried out for the Crescendo Competition, a contest in which winning pianists get the opportunity to play at Carnegie Hall. Umbs received a second-place score, earning him a spot in the winner’s recital along with around 30 other performers.

Umbs recalled his performance of Bach’s Prelude & Fugue in C Minor to be quite daunting.

“It was a very exciting experience, but it was very nerve-wracking because I have never played at such a huge venue before in front of so many people,” Umbs said.

Liam has performed at many other recitals like this, including the Monster Concert, where he performed Military March and Allegro Deciso.

Umbs is still unsure of what he wants to major in in college but knows he wants to carry music with him wherever his future takes him.

“I’ve worked so hard on this for so many years. I don’t want it to be all for nothing,” Umbs said. “I have no plans of stopping.”