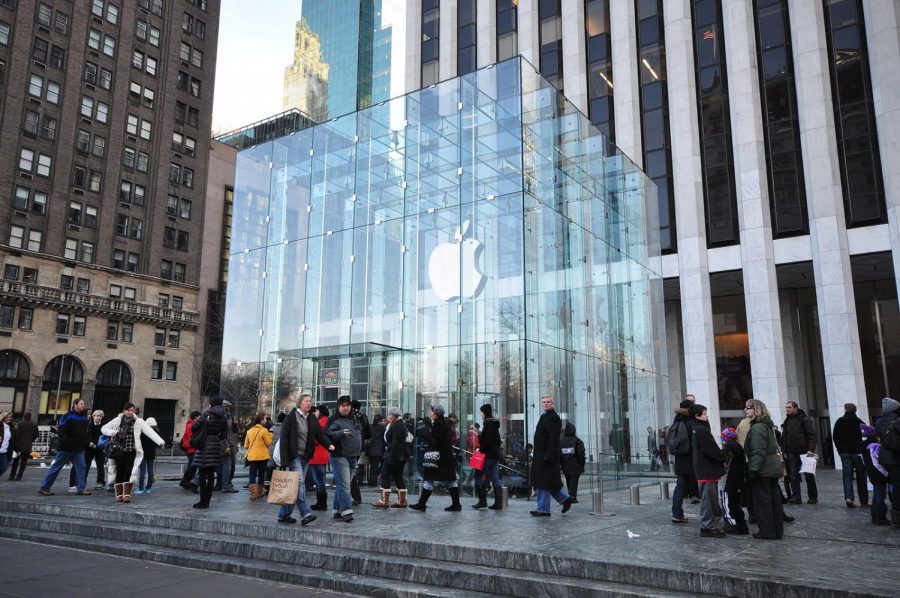 The Apple Store on 5th Avenue in New York City.

It seems that with every passing day, technology advances exponentially. Now, phones have the capability to track things like health and sleep, and complete tasks with a simple voice command. Through the years, Apple has dominated the technology market with their watch, computer and smartphone sales. But with other tech companies on the rise, Apple’s reign may be coming to a close.

For years, Apple remained one of the most popular brands of technology. The iPhone was a significant source of profit for Apple, selling more units than its competition. But, when the company released the iPhone 6s in 2016, the growth of the company nearly stopped and has hardly recovered, according to The Guardian. Consumers began replacing their devices with Android products and simply stopped buying from Apple because of lower prices

Since Apple’s sales growth came to a halt, the tech giant devised a new tactic of selling the same number of phones but at a higher price, according to The Guardian. That introduced the iPhone X, and with it, a baseline price tag of $999.

The iPhone X is Apple’s most expensive smartphone yet, especially compared to the price of the first iPhone ever released, which was $499 for a 4 GB model. This lowered iPhone X sales yet increased sales of older models. But, the growth of the company continued to decrease, according to The Guardian.

This steady decline in sales proves that Apple hit its peak in October of 2018, and it’s only downhill from here.

According to the International Data Corporation, Apple was far from taking the lead in the market share in the second quarter of 2018. As brands like Samsung led sales even with a 10.4% decline in shipments, the rise of brands, such as Chinese telecommunications company Huawei, took second place.

Despite a slew of new products, Apple is struggling to compete with other tech giants. Apple had a long run dominating the technology market, but its shelf life has expired.