Activists unknowingly stand beside prejudiced leaders at a march for equality 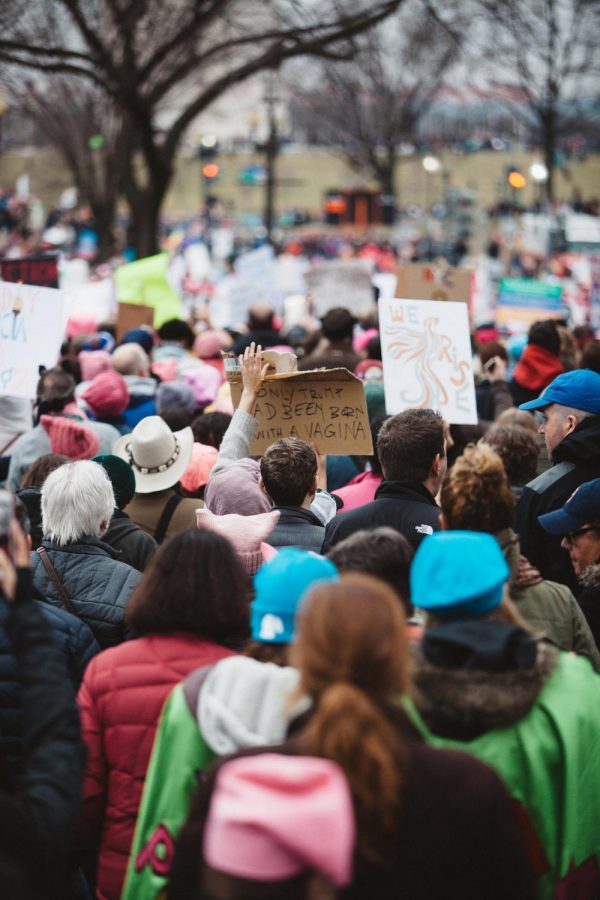 A sea of pink hats washed over the nation, signs and chants flooded the streets and the arms of many opened wide in acceptance. Protestors at the Women’s March had political agendas and passion, the perfect recipe for starting healthy conversations about reforming legislation and social rights. But, after the co-chairs of the march started supporting anti-semitic rhetoric in private, activists unknowingly stood beside prejudiced leaders at a march for equality.

It began when Tamika Mallory, a black gun control activist, and Carmen Perez, a Latina criminal justice reform activist, made false comments about how Jews contributed to the slave trade, according to Vanessa Wruble, a Jewish-American organizer of the protest.

“I was taken aback,” Wruble said in an interview with Tablet Magazine. “I thought, ‘Maybe there are things I don’t know about my own people.’”

After extensive research, Wruble found that the source of this conspiracy theory traces back to Louis Farrakhan, the leader of the religious group Nation of Islam and the “leading anti-Semite in America,” according to the Anti-Defamation League.

Despite Farrakhan being an anti-Semite, Mallory refuses to denounce him publicly. Mallory not only supports Farrakhan for his other policies, but she and Perez have also repeated phrases supporting his anti-semitic views according to Evvie Harmon, another organizer of the march.

“They were talking about, ‘You people this,’ and ‘You people that’ and the kicker was, ‘You people hold all the wealth,’” Harmon said in an interview with Tablet. “The greatest regret of my life was not standing up and saying ‘This is wrong.’”

Mallory and Perez add to the dangerous behaviors, such as the violent outburst of the Charlottesville neo-Nazis in 2017 and the murder of 11 Jewish-Americans at the Tree of Life Synagogue in October, spreading across the country at a rapid rate. The number of anti-semitic incidents exponentially increases each year, making this type of slander inexcusable and indefensible.

The leaders of the Women’s March give hate-spewers permission to degrade Jews and other minorities. By ignoring Farrakhan’s anti-semitic speech, it endangers and invalidates an entire group of people.

Although the mission statement for the Women’s March says that their agenda serves to protect and defend human rights and safety, Perez and Mallory’s overt support of Farrakhan goes against this intent. If they cannot fight for women coming from all religious, racial and ethnic backgrounds, then they should step down as co-chairs and take time to learn about the true meaning of equality.