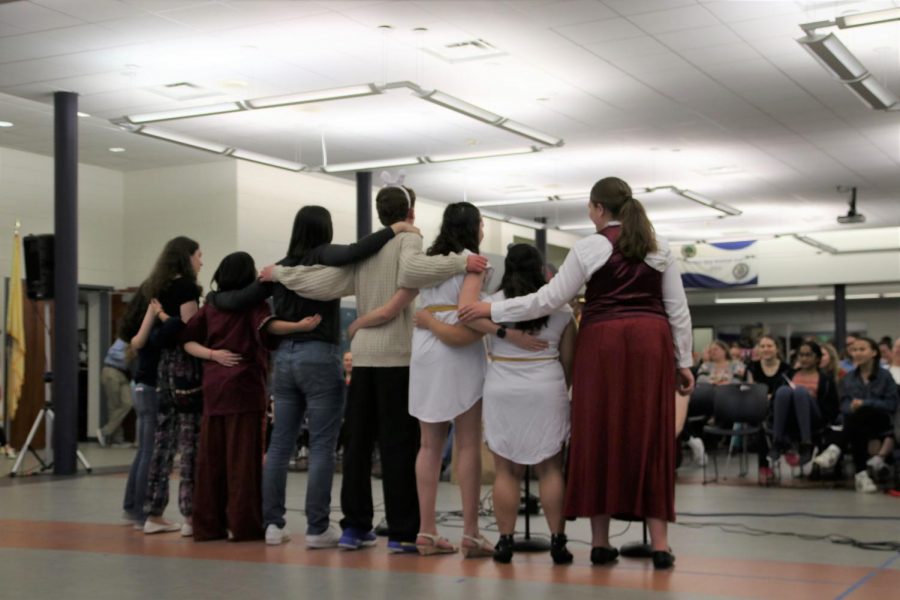 Chorus club performed "What a Wonderful World" by Louis Armstrong to coincide with the theme of unity for the night.

On Friday, April 12, students transformed the hallways of CHS into different countries for the 15th annual CCC Festival, hosted by the Cultural Communications Club (CCC).

Guests in attendance walked around the school to sample the food and traditions of many international cultures. This year’s theme was “Love Without Borders.”

Spanish teacher and CCC adviser Sabina Campbell started the event 15 years ago to raise money for charity. The club plans to donate all of the event’s proceeds to St. Jude Children’s Research Hospital.

“The first one was very bad, but I guess I learned because it is just getting better and better,” Campbell said.

Competition is an important part of the event as well. Teachers and CCC council members judge country displays, with the best taking home a portion of the overall money raised by the event.

Before winners were announced, students hosted performances in the cafeteria. Sophomore Michael Rau of Manalapan performed “Lean on Me” by Bill Withers.

“I wanted to pick a song that addressed world unity and friendship,” Rau said.

For CCC president and senior Sydney Karlin of Matawan, the festival represents the dedication of club members to exploring other cultures.

“The Festival really does represent CCC in the greatest way possible,” Karlin said. “I couldn’t be prouder of how everything came together.”