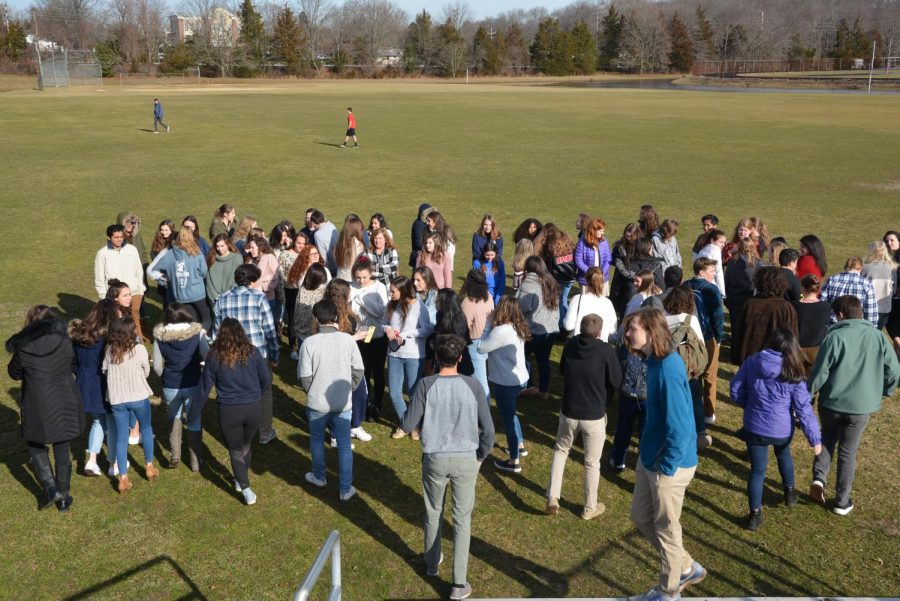 The National Honor Society, advised by Justine Lane, organizes a number of fundraisers and events for different causes each year.

The National Honor Society (NHS) elections for the 2019-2020 council took place this Tuesday, May 7th. Juniors in the club looking for a council position presented their short speeches to their fellow classmates. Four members of NHS were elected to serve on council, with a president, vice president, treasurer, and a secretary.

“The election was between so many great candidates and any council could have resulted in a successful upcoming year for NHS,” Griffin said. “I am beyond excited to serve as NHS president next year, I know that it will require a lot of hard work and dedication to the club but I am eager to take on the role.”

Junior Neil Estrada of Middletown attended the election and says that he loves the opportunities NHS provides and is content with this year’s council.

“NHS means a lot to me, I was happy to see many of my friends elected, but felt bad for some of the people that deserved a leadership role but unfortunately didn’t win,” Estrada said.

Senior Tali Petto who served this past year as NHS Secretary believes that the club is left in good hands with the council that was elected.

“The council was awesome this year and so fun to be a part of,” Petto said. “I’m so excited about the new council and I know they’ll do great.”