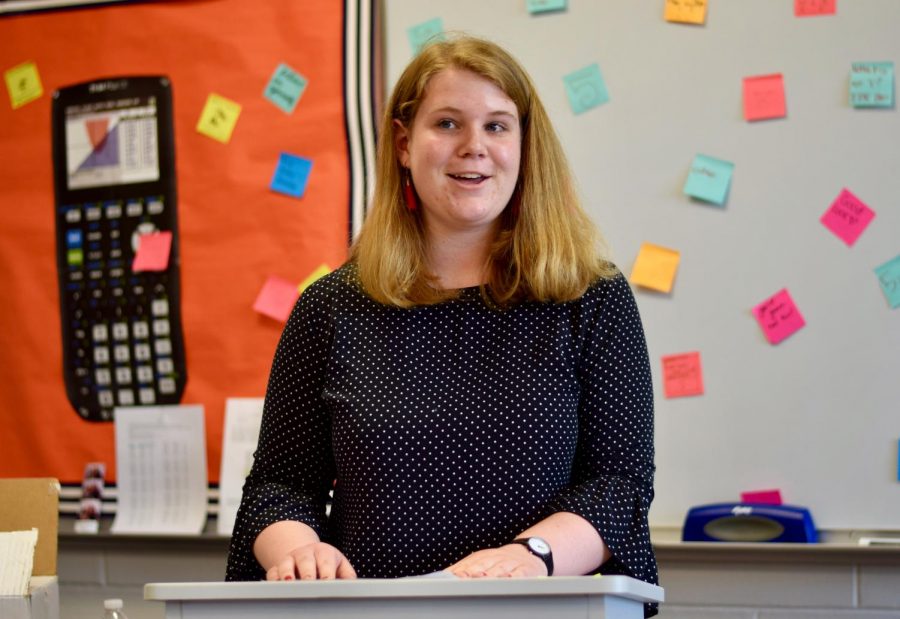 Junior Grace Quakenbush of Wall was elected to be the president of the club on Tuesday.

The Cultural Communications Club (CCC) held their elections for their 2019-2020 council on May 7th. The club bases its core values in serving the community and hosts a variety of volunteer opportunities throughout the year as well as the annual CCC Festival. Six members of the CCC were elected to serve on the council, with a president, a vice president, a secretary, and three council members.

The president of the club is junior Grace Quakenbush of Wall, vice president is junior Adriana Poznanski of Middletown, and secretary is junior Zach Weisenstein of Marlboro. The council members include junior Julia Rocco of Marlboro, sophomore Kiera Higgins of Sea Girt, sophomore Erin Burke of Allentown.

Quakenbush served on this year’s council and says that she’s excited to take on the role of the president in the upcoming school year.

“It means so much that the club trusts me to be president,” Quakenbush said. “I’ve dedicated a lot to CCC this past year, and I can’t wait to put in even more effort to make next year successful.”

Junior Rj Franzen of Allentown attended the event this Tuesday and is pleased with the election results.

“Grace, Adriana, Zach, and the other council members have done so much and I can’t wait for them to lead the club next year,” Franzen said.

Quakenbush says that although change from this past year’s council to the new one is hard, she is thrilled to be working with the newly elected council.

“I’m going to miss the current seniors on council so much, but I’m really looking forward to working with the newly elected council,” Quakenbush said. “They’re all very devoted to CCC and I know they’ll serve the club well.”