Administrator outlines the cost of a CHS education 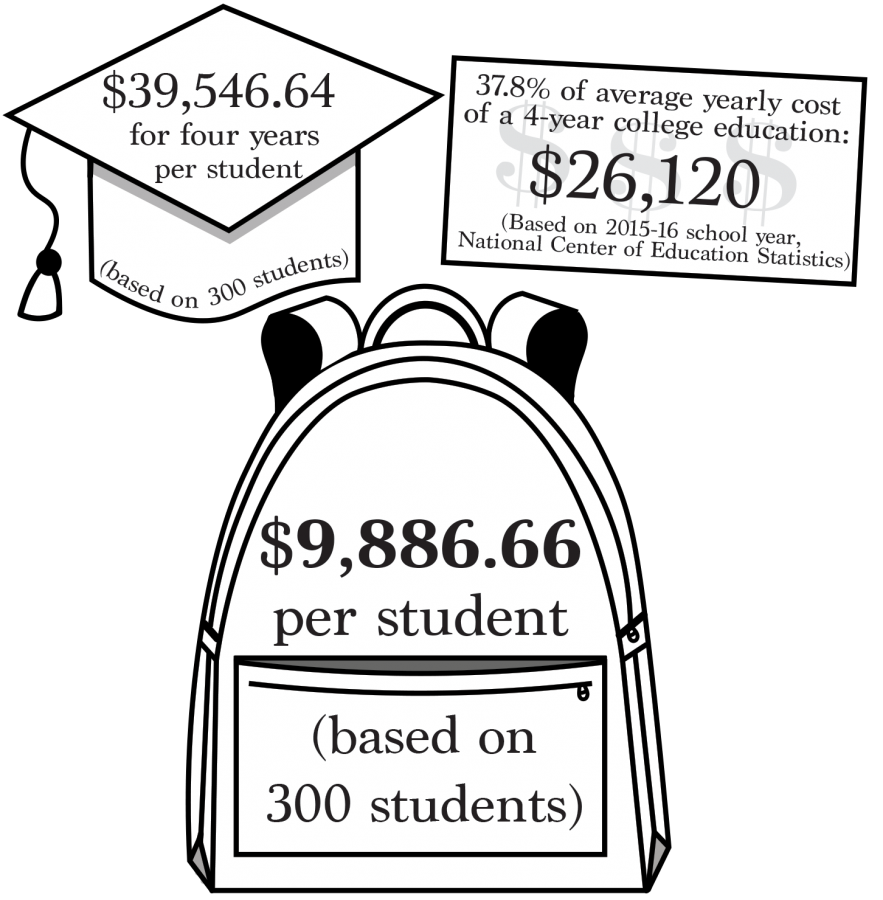 National informational from the National Center of Education Statistics.

Will McHale and Luke LaTorre

Collette Flatt, Monmouth County Vocational School District (MCVSD) School Business Administrator, recalls a surprise issue for the school budget after something in the radio station needed to be replaced on short notice.

Flatt said that while the $40,000 equipment was a hit to the school budget, county capital was able to cover the cost.

Running a vocational school is a difficult task that requires administrators like Flatt to manage the budget properly. The average budget for CHS sits at $2,966,000.

Within the MCVSD district, each school has a differing budget dependent on the costs of course offerings at each career academy. At the Marine Academy of Science and Technology, for instance, a research vessel and its associated costs contribute to the school’s expenses, as well as its 13 campus buildings.

In the case of CHS, the radio and TV studios cost more in terms of maintenance.

Flatt said that the district appropriates money in a logical way, with schools that offer more receiving more funding.

“[The district budget] is funded by the theme of the school or the program we are doing,” Flatt said. “There are different needs for the different campuses.”

As with all of the MCVSD academies, CHS’s budget encompasses both instructional and non-instructional expenses. Instructional costs consist of teachers’ salaries, supplies, textbooks and services.

Non-instructional costs include maintenance and utility finances and cover the nurse, guidance and principal’s offices. These are the two categories in the State Department of Education Chart of Accounts, which the district follows for the school budget.

Flatt emphasized that instructional costs are the primary focus when it comes budgeting as they directly affect the quality of education provided by the schools. Beyond these costs, Flatt said that the budget also accounts for other miscellaneous expenses like administration salaries and faculty benefits.

Flatt added that the budget for CHS is fair considering its course offerings, although if the issue of raising it ever arose, it would be difficult.

“The problem is we do not have a lot of ways to raise more revenue and put more money into the budget. If we did, if we had some other way of increasing the district budget, it would be great to say here is another $500,000,” Flatt said.

For the most part, running a school like CHS comes without major problems, and the few problems that have occurred have been resolved and handled well.Flatt said that one year the state had cut funding as well as state aid and Monmouth County had not given the district any increase in the tax levy, forcing the district to cut teachers.

“By cutting teachers, some of the programs had to suffer because we did not have the money for them,” Flatt said. “But then over time… we are able to bring programs back.”

There are a lot of factors in funding a vocational school, but when managed well, it assures a quality education for the students who attend the school.