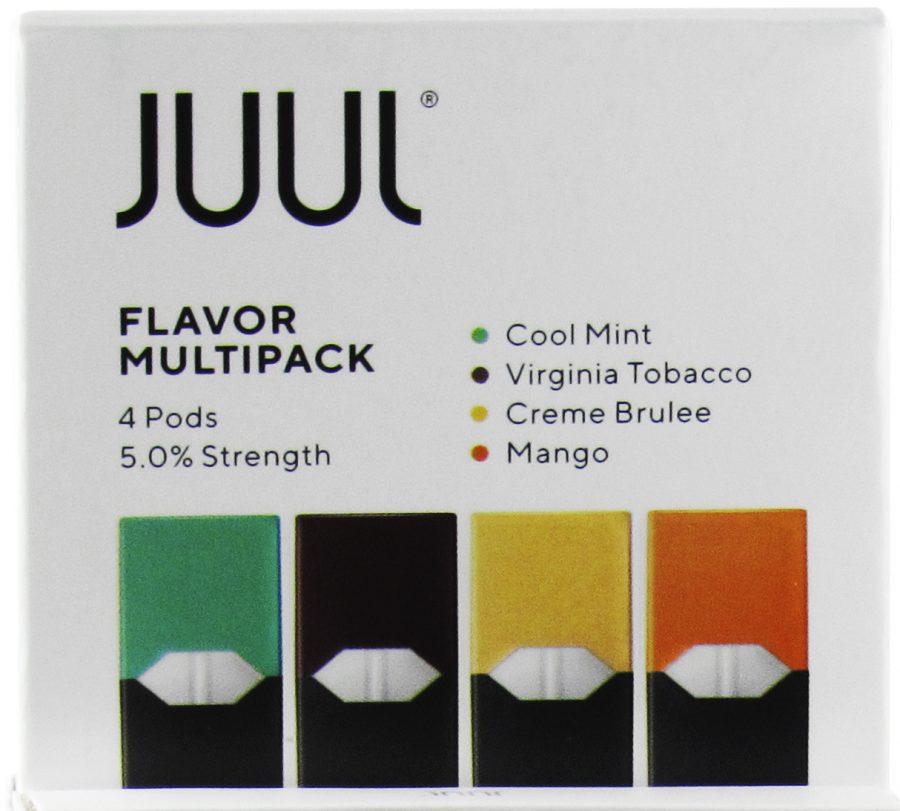 JUUL has pods that come in a variety of flavors, a tactic many say is used to pull teens to use the product https://creativecommons.org/licenses/by/2.0/

“Honestly, I think for any high school kid in any climate, there’s this new stigma that it’s cool to vape… like every time you go to party people are always vaping,” said sophomore Hannah Arbeitel of Marlboro.

But what Arbeitel referred to as party foul is now making its way into schools across the country, turning high school bathrooms into fruity scented oases from class.

A survey by the Truth Initiative in April of 2018 concluded that approximately 1 in 5 students have seen a JUUL used at school.

Despite this, CHS students seem to agree that there is not a culture of vaping inside the school.

“It’s not a problem because of the community here,” said junior Will Carragher of Middletown. “Even if there is anything, it’s not to a point where the school needs to do something big about it.”

But just because in-school vaping is not an elevated issue at CHS does not mean the school ignores cautionary and disciplinary measures.

School nurse and health teacher Dorothy Condon has invited Vincent Smith from Horizon Blue Cross Blue Shield to talk to her junior health class the past three years to educate students on the dangers of vaping.

Smith talks to high school and middle school students in New Jersey about the dangers of using vapes. He also attends PTA meetings and talks to parents on the same topic.

Having an outside source gives students the opportunity to learn beyond what Condon knows.

“Kids don’t know that JUULs have two times the amount of nicotine as a cigarette. I didn’t even know that!” Condon said.

A junior recalled Smith potentially catching him with a vape during his presentation.

“I had [a JUUL] in my pocket, and during health class when Condon had a speaker talk about the negative effects of vaping and he said during the presentation that he had seen two people during our class with juuls in their pockets. But the guy said ‘Well I’m not a rat.’ So I guess I got away with it … But I did not physically vape in school,” said the junior, who wished to remain anonymous.

Some students, like junior Jill Fukushima of Eatontown, said that they know of a few select students who have vaped in the CHS bathrooms, but nothing in comparison to the other high schools in Monmouth County.