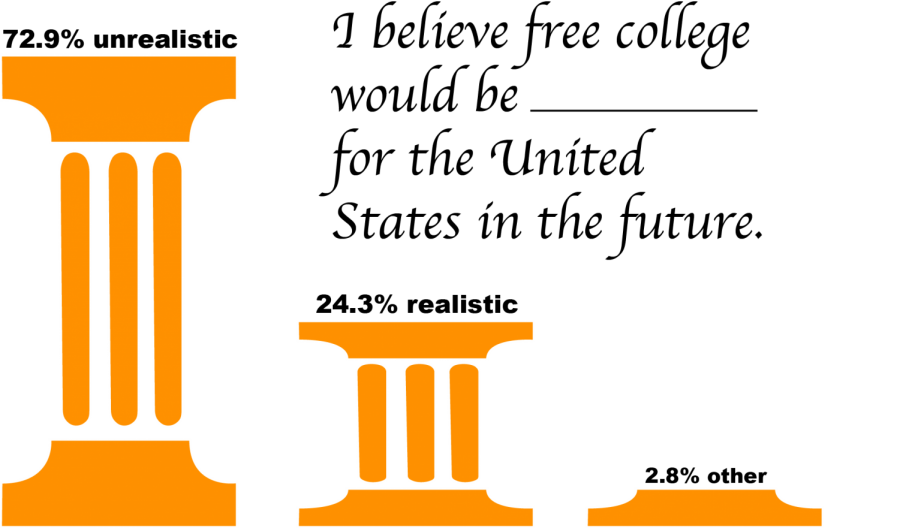 Bernie Sanders’ proposal to make public college tuition free seems appealing to college applicants. But in America’s search for a better education and a better system, lawmakers need to understand that by taking the price tag off of college, they risk destroying the value that it has to offer.

Prices exist because of the sad fact that in this reality, all resources are scarce and not everybody can use them. If housing prices, for example, go artificially low, then people would be much more likely to rent out more and bigger spaces, thus depleting resources.

The same problems of scarcity persist in college. If institutions remove tuition, demand for student enrollment would soar. Given that demand, colleges would have to regulate the overuse of their resources to accommodate the influx of new students in housing, professors or other resources. So, as other tuition experiments have revealed, colleges will use methods other than a price tag to cut down on the flood of attendees under this expensive system.

This is backed by evidence in France and Germany, the only countries with over 10 million people to qualify as “tuition free.” According to Slate, the countries intensified admissions and entrance exams after tuition cuts. The Mises Institute reported that students deal with crumbling lecture halls, dropout rates of nearly 50 percent and common class sizes of 1,500.

Despite the intense admissions process, students may turn down their acceptances due to poor academic conditions. After all, these colleges are not incentivized by revenue to retain students.

German professor Frieder Wolf said that these devaluations of college exist in order to control costs.

“We keep costs down [with] larger classrooms… we’ve got courses with 40 participants… where [America] might have tutorials of four or five,” Wolf said.

With tuition, prices would have risen to handle increased demand without sacrificing qualities that students desire.

These results remind us that if lawmakers mandate the cost of college, quality education would become much more elusive. That’s a cost that Sanders and American citizens would not appreciate.